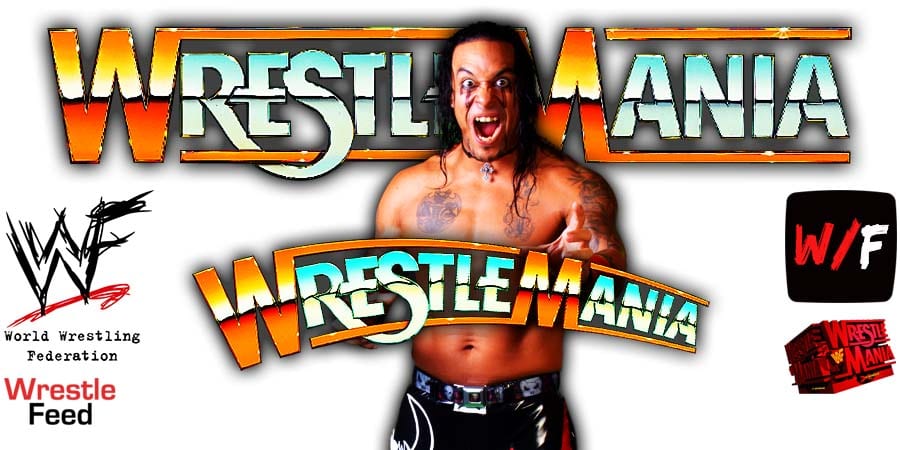 – RAW kicked off with Drew McIntyre. Drew talked about his win at WrestleMania last year, and said he will sacrifice whatever it takes to win back the WWE Championship from Bobby Lashley.

Lashley & MVP came out. Lashley said he knows how it’s like waiting a while to get a shot, but it’s his time now and won’t let himself lose the Title.

King Corbin then came out and said that Drew won’t even make it to WrestleMania after he gets through with him later tonight.

– Braun Strowman def. Elias & Jaxson Ryker in a 1 on 2 Handicap Match (After the match, Shane McMahon told Strowman that he isn’t just any man, he’s a McMahon. Shane said at WrestleMania 37, he will outwit Braun and the very next day Braun will look himself in the mirror and say, ‘Boy am I Stupid.’)

– A Tag Team Turmoil match between the teams of Lana & Naomi, Mandy Rose & Dana Brooke, Liv Morgan & Ruby Riott and Natalya & Tamina was announced for Night 1 of WrestleMania 37, with the winners of this match going on to face Nia Jax & Shayna Baszler for the WWE Women’s Tag Team Championship on Night 2.

– Cedric Alexander told MVP that he will leave a mark on Bobby Lashley, and is looking forward to seeing Drew McIntyre take the WWE Title off of him at WrestleMania 37. Shelton Benjamin told MVP to stay his cripple a$$ away from them. Lashley got angry and said he’s going to break Cedric’s a$$ in half.

– WWE Champion Bobby Lashley def. Cedric Alexander (After the match, Shelton Benjamin attacked Lashley, but Lashley fought him off and put Benjamin in the Hurt Lock)

– Damian Priest said The Miz & John Morrison are cowards for attacking Bad Bunny in a 2-on-1 situation. Preist said they should even up the playing field and challenged them to a Tag Team match at WrestleMania 37.

CLAYMORE to @BaronCorbinWWE for the win!

Will this be the scene for @DMcIntyreWWE at #WrestleMania with the #WWEChampionship on the line?#WWERaw pic.twitter.com/1DV74U9OVw