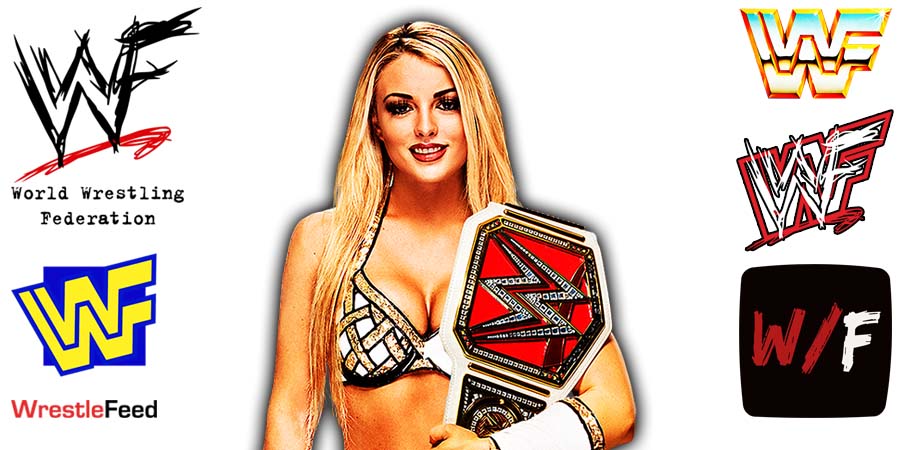 – Tonight’s episode of NXT 2.0 kicked off with new NXT Women’s Champion Mandy Rose. Mandy said Halloween Havoc belonged to Toxic Attraction as they all walked out as Champions. Mandy said the NXT Women’s Title has never looked better on anyone than it does on her.

Mandy asks where Gigi Dolin & Jacey Jane are at and they are shown attacking Zoey Stark backstage.

Io Shirai came out. Io said she wants a match against Mandy tonight, and Mandy said she’s not scared of her. Mandy told Io that this isn’t the old NXT, this is NXT 2.0 and Io will never look better than her.

All of Toxic Attraction attacked Io, but Kacy Catanzaro & Kayden Carter made the save.

– Dakota Kai def. Cora Jade (After the match, Dakota continued to attack Cora, and put a Table on her head and teased jumping on it. Dakota started twitching and decided not to.

– Robert Stone challenged Xyon Quinn to a Sing Off. Stone clapped for Quinn after he started singing better. Quinn then won their match.

– Joe Gacy said he and Harland will change the world together.

– Bron Breakker def. Andre Chase (After the match, Bron said last week he had the biggest match of his career and failed against Tommaso Ciampa. Bron said Ciampa is the guy in NXT 2.0, and he will do everything he can to get a rematch against Ciampa and take the NXT Title)

"@NXTCiampa, if you think me and you are done, YOU'RE WRONG. I'm gonna get another shot at that title and I will BEAT you for that #NXTChampionship or I will DIE trying."#WWENXT @bronbreakkerwwe pic.twitter.com/4ZPl16v23x

– Lash Legend brought out Tony D’Angelo on Lashing Out

– NXT Champion Tommaso Ciampa said Halloween Havoc had multiple title changes. Ciampa said Bron Breakker was supposed to win the NXT Title off of him, but Bron found out the hard way that he couldn’t stop The God of NXT 2.0.

Carmelo Hayes & Trick Williams interrupted. Carmelo said there’s a rise in NXT 2.0 and he’s the leader of it. Carmelo said as long as he’s NXT North American Champion he will be The A Champion and Ciampa will take a beatseat to him.

Ciampa said that Carmelo doesn’t believe a word he just said and punched Trick. Tommaso Ciampa ran into Johnny Gargano as he was leaving.