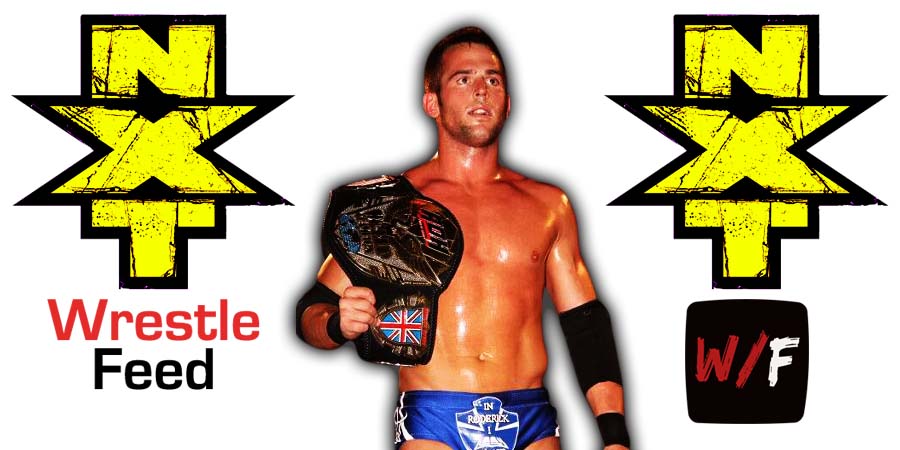 Ciampa addressed the new faces on NXT, and claimed that NXT 2.0 will become the A Show. Cameron Grimes, LA Knight, Pete Dunne and Ridge Holland then came out. Everyone wants a shot at the NXT Championship.

Dunne claimed everyone is afraid of throwing the first punch, so Ciampa punched him and a brawl broke out.

– Roderick Strong def. Kushida (c) with some help from Diamond Mine to become the new NXT Cruiserweight Champion (After the match, Grayson Waller came out. Waller said NXT 2.0 is like a jungle, and he thrives in the jungle and issued a challenge for the Cruiserweight Title for next week. Malcolm Bivens accepted the challenge for Roderick)

– Elektra Lopez def. Anna Scheer (After the match, Santos Escobar said that Elektra completes Legado Del Fantasma. Elektra called out B Fab. Hit Row came out. Elektra & B Fab started to fight and have to be pulled apart)

– Odyssey Jones def. Darren Ciapetta & Cary Millman in a 1 on 2 Handicap Match (After the match, Andre Chase tried to hit Odyssey with a Steel Chair, but Jones grabbed the chair and broke it)

– Mandy Rose said NXT 2.0 needed her to save the division, but when her face was badly hurt the fans didn’t do anything. Mandy said she will lead Gigi Dolin & Jacey Jane to the top and they are coming for the NXT Women’s Tag Team Titles.

Below is the match-card for next week’s NXT 2.0:

– Lashing Out with Lash Legend