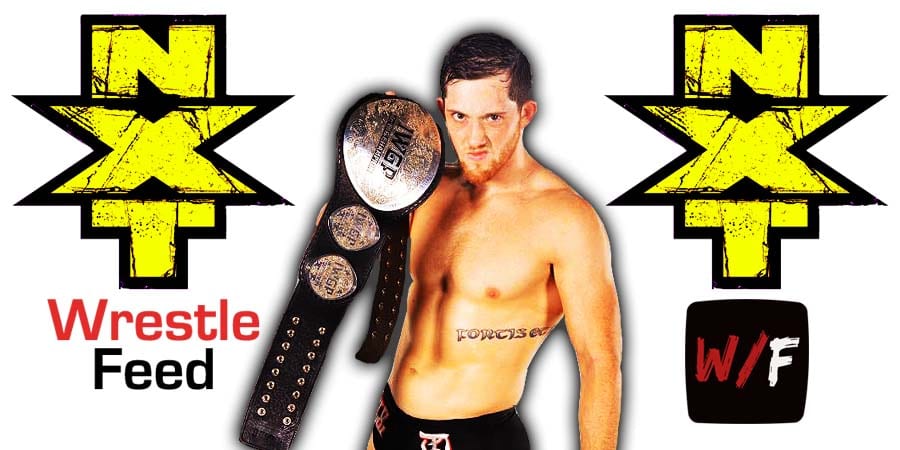 – Tonight’s episode of NXT kicked off with Kyle O’Reilly. Kyle said he found his killer instinct at TakeOver when he defeated Adam Cole. Kyle then announced that his sights are on Karrion Kross and the NXT Championship.

Cameron Grimes interrupted and congratulated Kyle on his win against Cole. Grimes said he bet on Kyle to win and proposed that they could be business partners. Kyle punched Grimes instead.

– LA Knight def. Dexter Lumis after Lumis got distracted by Indi Hartwell (After the match, Lumis and Indi were about to kiss but got stopped by The Way)

– WWE Hall Of Famer & NXT Commentator Beth Phoenix interviewed Io Shirai. Io said that she will get her rematch against Raquel Gonzalez for the NXT Women’s Championship when the time is right.

Franky Monet interrupted the interview and introduced herself to them. Franky told Beth that she’s been watching her since she was a child. Io told Franky that she likes cats.

– Bronson Reed vs. Austin Theory will take place next week on NXT. If Reed wins, he will get a rematch against Johnny Gargano for the NXT North American Championship.

WHAT a match. WHAT a debut.

– Mercedes Martinez said Raquel Gonzalez may be the Champion, but she’s in the shadow of Dakota Kai. If Dakota barks the orders, Raquel will respond like a good little lap dog. Mercedes will face Dakota on next week’s NXT.

– Kyle O’Reilly def. Cameron Grimes (Kyle had a staredown with NXT Champion Karrion Kross & Scarlett before going to the ring)