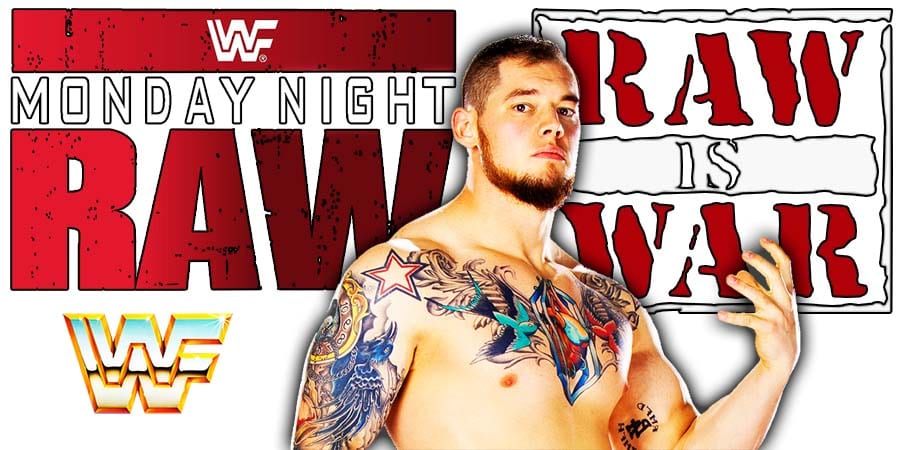 – In the opening segment of tonight’s RAW, The Hurt Business came to the ring.

This caused some tension and Lashley attacked Cedric. Shelton then hit Lashley with a German Suplex and they began brawling, and Lashley laid out Benjamin.

Lashley then announced that The Hurt Business is over and a WWE Title opportunity for anyone who takes out McIntyre is still on.

– Braun Strowman def. Jaxson Ryker (Elias & Shane McMahon attacked Strowman after the match, but Strowman fought them off. Strowman then reminded Shane O’Mac that he agreed to face him in any match at WrestleMania 37. Braun then announced that their match will be a Steel Cage match, where Elias & Ryker can’t interfere)

– Alexa Bliss said the Legend Killer will die at WrestleMania.