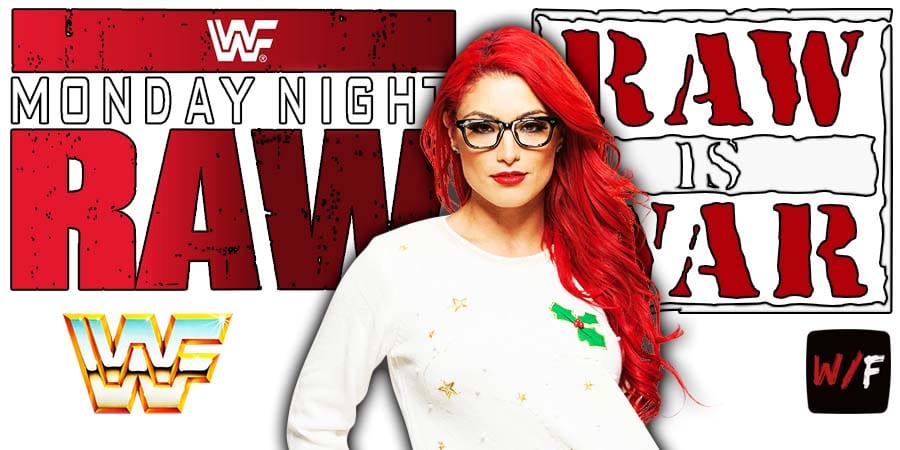 – WWE announced that Eva Marie is returning and will be a part of the red brand.

– Humberto Carrillo said he knows what it’s like to be bullied by Sheamus, and won’t allow him to keep doing it. Sheamus then attackd Humberto and mocked him.

– Lucha House Party def. Cedric Alexander & Shelton Benjamin (After the match, Cedric got angry at Benjamin. Cedric said they went from RAW Tag Team Champions in the Hurt Business to losers. Cedric claimed Shelton has always been the weak link. Cedric said he’s in the prime of his career and announced that he’s done teaming up with Shelton from this point on)

– In a backstage interview with Kayla Braxton, Shelton Benjamin said he was the only person that saw potential in Cedric Alexander and he is the reason why Cedric joined the Hurt Business in the first place. Shelton said if Cedric doesn’t want to team with him anymore then so be it.