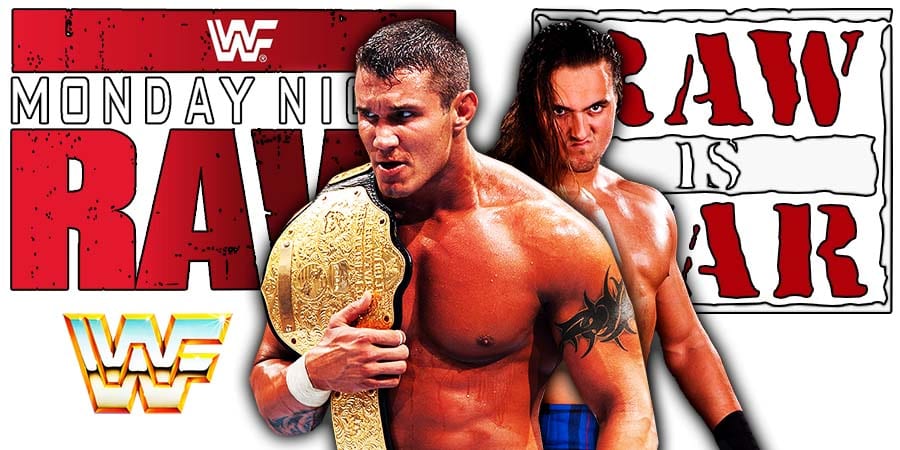 Pearce announced that McIntyre will defend the WWE Championship in an Elimination Chamber match, and all his opponents are former WWE Champions.

Mr. Money In The Bank The Miz

– Ric Flair said Charlotte Flair is the best female wrestler in WWE today, but he’s training Lacey Evans to become the next Women’s Champion. If Lacey defeats Charlotte tonight, then she will be next in line for a RAW Women’s Championship match against Asuka. Lacey then attacked Charlotte before their match and sent her shoulder-first into the steel ring steps

– Edge said he will decide which Champion he will face after the Elimination Chamber PPV. The Miz, John Morrison & Angel Garza interrupted him. Miz teased cashing-in his Money In The Bank contract on Edge at WrestleMania 37. Edge said he knows a thing or two about the Money In The Bank as he put this concept on the map and can’t understand why Miz would tell him about his possible decision in advance. Edge said Miz is content with being Awesome, while he’s focused on becoming a World Champion again

– Women’s Royal Rumble 2021 winner Bianca Belair got interviewed backstage by Charly Caruso. RAW Women’s Champion Asuka interrupted and congratulated Bianca and said she’s not ready for her. Bianca said Lacey isn’t ready for Asuka. Bianca left after telling Asuka that she’ll see a lot more of her on RAW if she defeats Lacey at Elimination Chamber

– Keith Lee def. Riddle (Keith helped Riddle get up after the match. Bobby Lashley attacked Lee from behind and slammed him down. Lashley then locked in the Hurt Lock on Riddle and put him away. Lashley then hit Lee with the Steel Steps right in the head)

– Bobby Lashley (c) vs. Keith Lee vs. Riddle for the United States Championship will take place at Elimination Chamber 2021

– Randy Orton def. WWE Champion Drew McIntyre via DQ (Sheamus tried to hit McIntyre with a Brogue Kick, but Drew got out of the way and Sheamus ended up hitting Orton to cause the DQ. McIntyre then laid out Sheamus with a Claymore Kick to end the show)