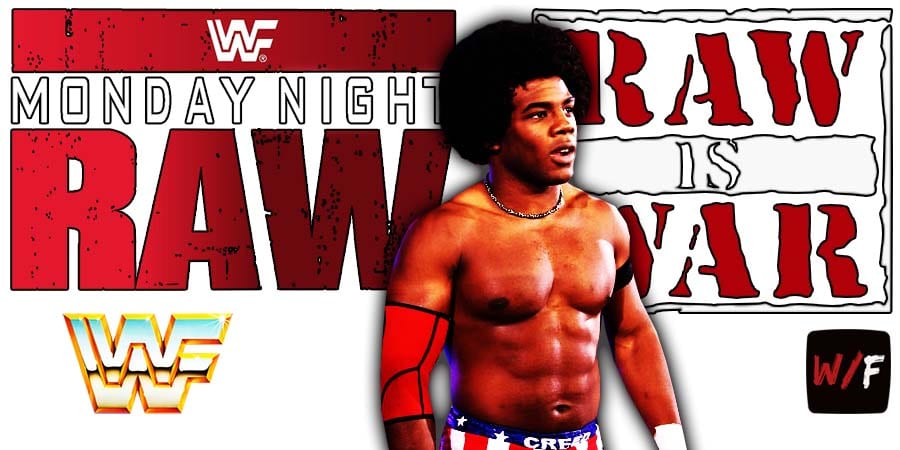 – Tonight’s RAW kicked off with WWE Champion Bobby Lashley celebrating his Hell in a Cell win over Drew McIntyre, and the fact that Drew can’t challenge him for the Title again.

– Ricochet def. RAW Tag Team Champion AJ Styles to qualify for the Men’s Money In The Bank Ladder Match (The Viking Raiders took out Omos during the match)

– John Morrison def. Randy Orton to qualify for the Men’s Money In The Bank Ladder Match after Riddle caused a distraction and chased The Miz on his scooter.

She's here and ready for action on #WWERaw!

– United States Champion Sheamus, Jeff Hardy, Cedric Alexander & Jinder Mahal are upset about not being included in the Money In The Bank qualifying matches.

– Riddle def. Drew McIntyre to qualify for the Men’s Money In The Bank Ladder Match (Riddle tried to talk to Orton after the match as Orton seemed upset)

– Jaxson Ryker told Mansoor that he will face Elias in a Strap Match next week on RAW and then gave some advice to him. Mustafa Ali wasn’t happy about Mansoor asking for advice from Ryker.

– Randy Orton vs. Drew McIntyre vs. AJ Styles in a Last Chance Money In The Bank Qualifying Match will take place on next week’s RAW.

– WWE Champion Bobby Lashley def. Xavier Woods in a Hell in a Cell match (Lashley kept attacking Woods after the match to send a message to Kofi Kingston)

Also Read: Reason Behind A Hell In A Cell Match Taking Place On Tonight’s RAW

This episode was broadcasted from the American Airlines Arena in Miami, Florida and featured matches & storyline segments on the road to the ‘WWE Vengeance 2004’ PPV.