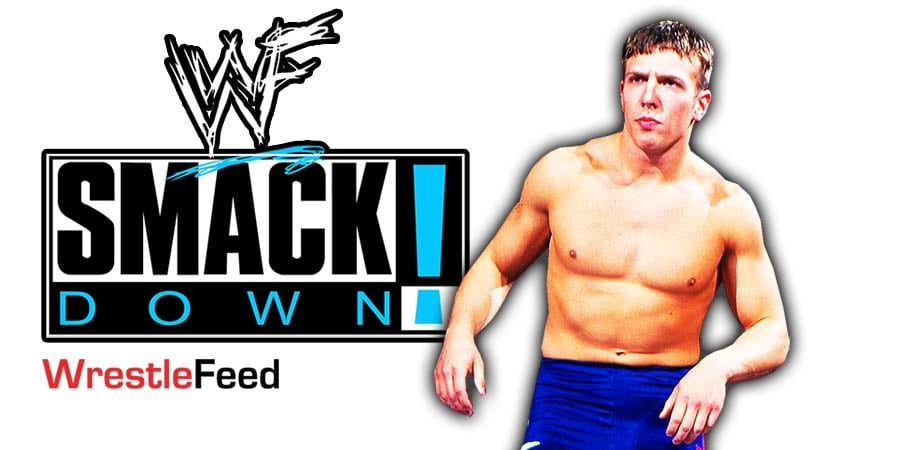 Roman told Edge that he will give him a chance to back out of their Universal Title Match at WrestleMania 37, or else he’ll have to hurt Edge.

Daniel Bryan interrupted and told Roman that he’s heard rumblings that people think Roman is a coward for coming out right after he won the Elimination Chamber match.

Bryan then challenged Reigns to a match at FastLane for the Universal Title. Jey Uso got mad and told Bryan that he’s making excuses. Uso attacked Bryan and threw him over the barricade.

– Apollo Crews said he’s from Nigerian royalty and is a real African American. He said he stands for power and dominance, and started speaking in an accent.

– Women’s Royal Rumble 2021 winner Bianca Belair was ready to make her WrestleMania 37 decision, but Reginald interrupted. Reginald told Bianca that if she chose Sasha, she will be nothing but a loser.

Sasha Banks then came out. Sasha told Reginald to quit speaking for her. Sasha told Bianca that’s she’s good but will always be 2nd best to her.

Bianca then made her decision and chose to face Sasha for the SmackDown Women’s Championship at WrestleMania 37.

– In a backstage segment, Daniel Bryan said he doesn’t know if Edge can defeat Roman Reigns. Edge confronted Bryan and asked him who would win in a match between the two of them. Bryan told Edge he’ll keep that answer to himself.

– Seth Rollins told Cesaro that he’s a strong man and looks like a star, but claimed Cesaro lacks the killer instinct. Rollins said he achieved everything in WWE that Cesaro wanted to accomplish, and could lead him if he embraces the vision. Cesaro attacked Rollins and gave him a Cesaro Swing.

– Daniel Bryan vs. Jey Uso ended in a Double Count-Out (Bryan & Uso kept fighting after the match. Reigns attacked Bryan and choked him out to end the show)