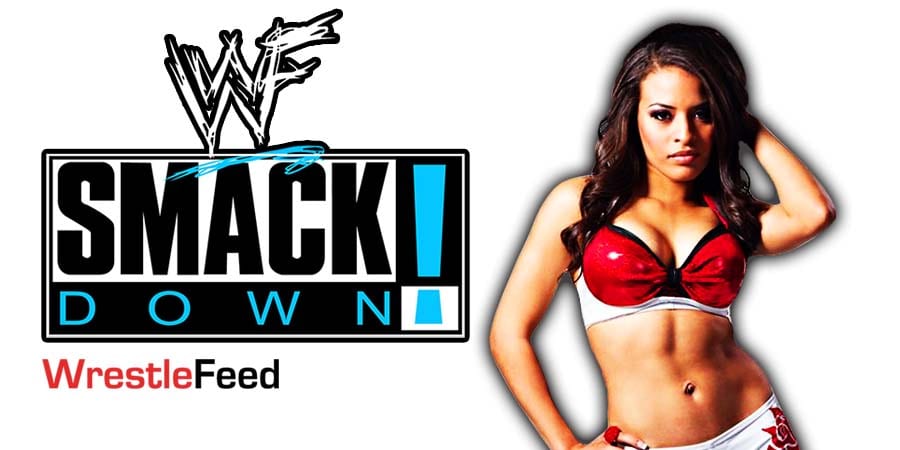 – Tonight’s SmackDown kicked off with Edge cutting a promo in the ring. Edge addressed his loss at WrestleMania 37. Edge claimed after being in the ring with Roman Reigns, he and Roman both know that he has his number and that he can defeat him. Edge said he will beat Roman and that it is a matter of when, and he will be the next Universal Champion.

– Baron Corbin said he has lost hundreds of thousands of dollars in investments.

– Big E & King Nakamura def. Intercontinental Champion Apollo Crews & Baron Corbin (Rick Boogs announced that a car is being towed. It’s revealed to be Corbin’s car, and it gets repossessed)

– Bayley wants a rematch against Bianca Belair for the SmackDown Women’s Title. Bianca said if the officials will allow it she wants it to be at Money In The Bank in a I Quit Match.

– Kevin Owens def. Sami Zayn in a Last Man Standing Match and qualified for the Men’s Money in The Bank Ladder Match.

– Sonya Deville announced the returning Zelina Vega (who was released from WWE last year) is the next entrant in the Women’s Money In The Bank Ladder Match. Liv Morgan interrupted and got upset that Carmella and Zelina were just added to the match without doing anything, and wants a match against Zelina.

– Seth Rollins is angry that Edge got a Universal Title match against Roman Reigns instead of him. Sonya Deville said Seth will face Cesaro next week and the winner will be added to the Money In The Bank Ladder Match.

– Jimmy Uso called out Edge. Edge came out and said Jimmy should know better than anyone that Roman Reigns will just use him the same way he used his brother Jey Uso. They got into a brawl and Edge made Jimmy tap out to end SmackDown.

This episode was broadcasted from the American Airlines Center in Dallas, Texas and featured matches, interviews & storyline segments on the road to the ‘WWE The Great American Bash 2007’ PPV.

6. Carlito vs. The Sandman