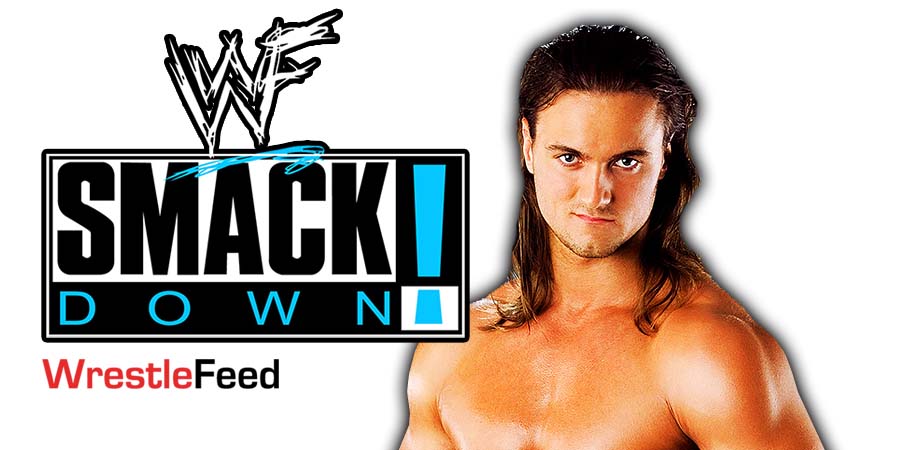 – Tonight’s SmackDown kicked off with a sit-down interview between Kayla Braxton and Paul Heyman.

Heyman said he told the truth to Universal Champion Roman Reigns and it was the truth that he didn’t want to hear.

He talked about how he got publicly humiliated, but that’s his job – tell Roman the hard truth.

“Roman Reigns is the greatest Universal Champion of all time, but he needs to be protected from Brock Lesnar.”

Kayla asked what’s next for him. Heyman questioned if he will go to NXT to cherry pick a top talent? Not at this stage.

Heyman ended the interview by saying:

“Maybe it’s time for me to acknowledge that my career is most likely over.”

.@HeymanHustle ponders whether he has reached the end of his career after suffering the humiliation of being fired by @WWERomanReigns last week on #SmackDown. pic.twitter.com/meGwQZ46oW

– 12 Days Of Christmas Gauntlet Match to crown the #1 Contender for the Intercontinental Championship:

Sheamus def. Drew Gulak (Gulak lost in about 5 seconds. Sheamus hit him with a Brogue Kick right away)

Ricochet def. Sheamus (Cesaro took out Ridge Holland. This distracted Sheamus, which resulted in Ricochet pinning him. Sheamus delivered a Brogue Kick to Ricochet after the match)

Zayn will now face Shinsuke Nakamura for the Intercontinental Championship at the WWE Day 1 PPV.

– WWE aired a video looking back at Paul Heyman’s career in WCW, ECW and WWF/E.

Also Read: Roman Reigns Beats Everyone In The Pro-Wrestling World With His Latest Achievement

On this day in 1994, Ted Turner’s World Championship Wrestling aired an episode of their weekly TV show ‘WCW PRO Wrestling’.

This episode featured pre-taped matches & storyline segments on the road to the ‘WCW Starrcade 1994’ PPV.