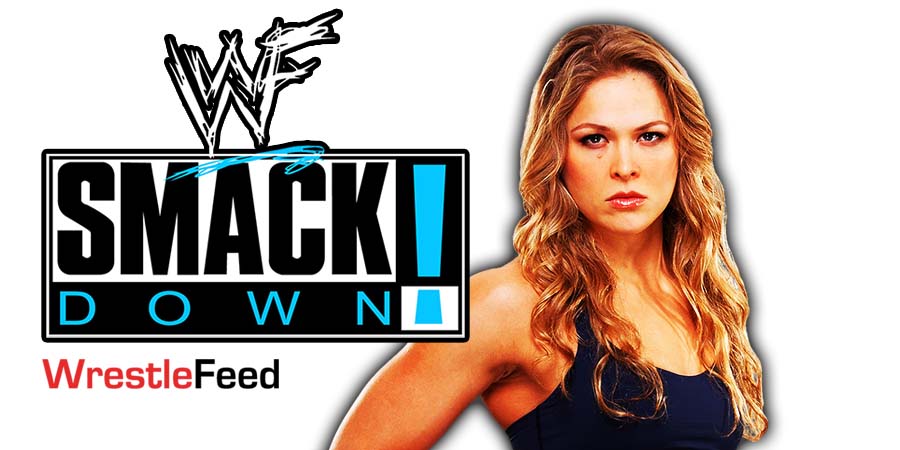 Before Ronda can sign the contract, Charlotte flipped the table and tried to hit her with a Kendo Stick, but Ronda turned the weapon against her. Ronda then hit Gulak with Piper’s Pit, put him into an Arm Bar and then signed the contract.

– Xia Li said no one is worthy of her protection, so she will now protect herself.

– Sami Zayn met Undisputed WWE Universal Champion Roman Reigns in his locker room and acknowledged him. Sami went down on his knees and begged Roman for help in his Lumberjack Match against Drew McIntyre.

Sami said he heard Drew talking with RK-BRO, so Orton & Riddle are going to be Lumberjacks. Sami said if Roman helps him, he will help him back.

– Drew McIntyre def. Sami Zayn in a Lumberjack Match by Count-Out after Sami ran away again (Adam Pearce came out and announced they will face off next week in a Steel Cage Match)

It was broadcasted from the Savvis Center in St. Louis, Missouri and featured matches & storyline segments on the road to the ‘WWF Insurrextion 2002’ PPV.