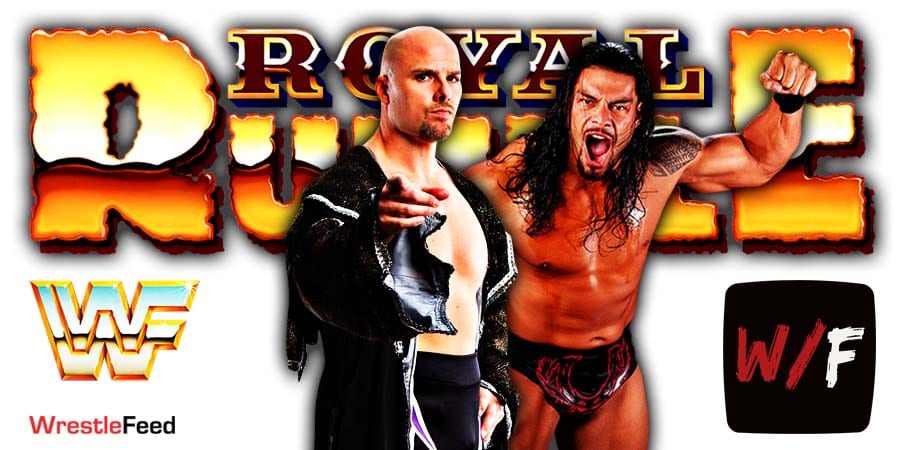 – Jey Uso declared his entry into the Men’s Royal Rumble 2021 match. Jey said he will win the Rumble, go to WrestleMania and take the WWE Championship from Drew McIntyre or Goldberg

– Roman Reigns vs. Adam Pearce match got changed to a No DQ match

– Bayley held “Ding Dong Hello!” with Bianca Belair, but they quickly got into it. Bayley challenged Bianca to an Obstacle Course challenge next week, and Bianca accepted

– Carmella wants a rematch against Sasha Banks for the SmackDown Women’s Championship. Sasha shoved Carmella and said she can have her rematch, but only if Sasha gets a match against Reginald first

"Tell your girl she can have her title match…as long as I can have YOU in a match first!" 👀#SmackDown @SashaBanksWWE @CarmellaWWE pic.twitter.com/GIj7DFm2Sz

– Roman Reigns & Adam Pearce have a Contract Signing. Roman signed the contract, and Pearce says he waited all night for that. Pearce said card is subject to change and isn’t sure if he’ll be at Royal Rumble. Kevin Owens came out and signed the contract. It will now be Roman Reigns vs. Kevin Owens in a Last Man Standing match for the Universal Championship at Royal Rumble 2021

It was broadcasted from the SunDome in Tampa, Florida and featured pre-taped matches, promos & storyline segments on the road to the ‘Royal Rumble 1989’ PPV, that happened later on the same day.

– The Red Rooster vs. Tito Santana