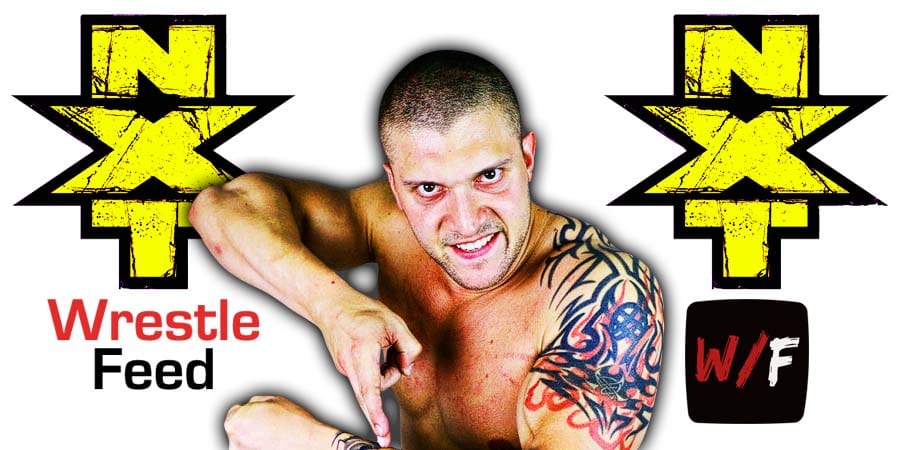 – In the opening segment of tonight’s NXT, Finn Balor came out and said War Games is done and he will defend the NXT Championship at New Year’s EVIL.

Pete Dunne, Kyle O’Reilly, and Damian Priest came out to issue a challenge to Balor for the NXT Title.

Scarlett then came out and had a staredown with Balor. Balor then told Scarlett to tell Karrion Kross when he’s ready so will he.

Priest then asked Scarlett if Kross is waiting in the car, and that he can pick a fight with him. Scarlett smiled and left.

It was broadcasted from the Thompson-Boling Arena in Knoxville, Tennessee and featured matches & storyline segments on the road to the ‘WWE Armageddon 2002’ PPV.