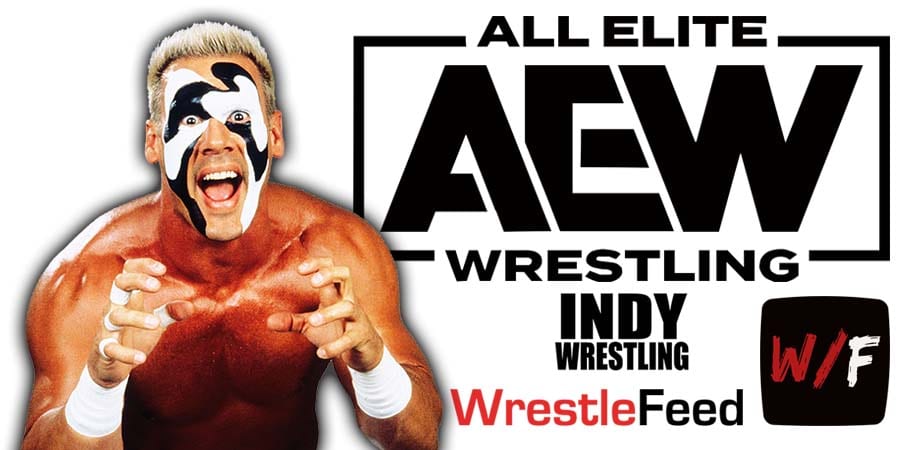 – NXT kicked off with Finn Balor vs. Karrion Kross for the NXT Championship being announced for NXT TakeOver: Stand & Deliver

– Karrion Kross told NXT Champion Finn Balor that the world needs to know that he’s the real NXT Champion. Balor told Kross that at Stand & Deliver, he will find out what it’s like to be in the main event and choke.

NXT Tag Team Champions Oney Lorcan & Danny Burch interrupted. They claimed Pete Dunne will soon be the NXT Champion and that he can defeat the two of them.

Scarlett then proposed a Tag Team Match between both sides with the NXT Tag Team Titles on the line unless they are cowards. Oney & Burch accepted the challenge.

– Adam Cole demanded Kyle O’Reilly to come out and face him because he cost him the NXT Title last week. NXT General Manager William Regal then showed up and said Kyle is banned from the Capital Wrestling Center while he recovers.

Kyle appeared on the titantron and said he knows where Cole lives, likes to hang out, and buy video games. Kyle claimed that Cole tried to end his career, and he will now end him.

Cole told Regal that if Kyle is coming after him, he will have to find him first.

Escobar said he hasn’t been filling in, he’s been making history, and told Devlin to wrap his business in the UK and face him at Stand & Deliver to determine the rightful Cruiserweight Champion. Devlin headbutted him and got out of dodge.

– Sareee has signed with NXT and her new name is Sarray.

– Dakota Kai def. Zoey Stark (After the match, NXT Women’s Champion Io Shirai came out and has a contract for Raquel Gonzalez to sign and face her at NXT TakeOver: Stand & Deliver)

– Adam Cole & Kyle O’Reilly got arrested. Cole claimed Kyle tried to run him off the road.

– William Regal has a solution for Adam Cole & Kyle O’Reilly. Regal told them to come next week after they get released from jail.

*Go to the NEXT page to read results from AEW Dynamite