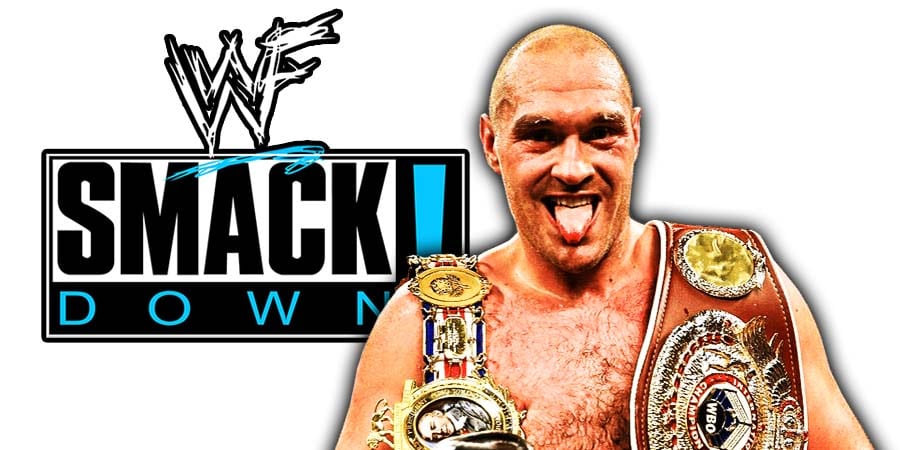 Clip of DDP winning US Title from Bret Hart (Nitro)

Below are spoilers for tonight’s SmackDown:

– King Corbin kicked off SmackDown to massive heat from the fans. Corbin calls out “The Big Dog” Roman Reigns and Corbin says Reigns’ testicles are now the size of marbles. This segment ends with Reigns getting the upperhand.

– Big E says in a backstage interview that The New Day needs to win the SmackDown Tag Team Titles to catch up with Charlotte Flair’s title reigns.

– NXT UK stable Imperium attacks new SmackDown Tag Team Champions The New Day. They also attack Heavy Machinery and other wrestlers from the back come out to make the save.

– Sasha Banks debuts new theme song featuring Snoop Dogg. You can check it out below:

– Tyson Fury calls out Braun Strowman and wants to form a tag team with him. The B-Team interrupts them and Strowman & Fury take them out. Strowman & Fury end the show by posing in the ring.