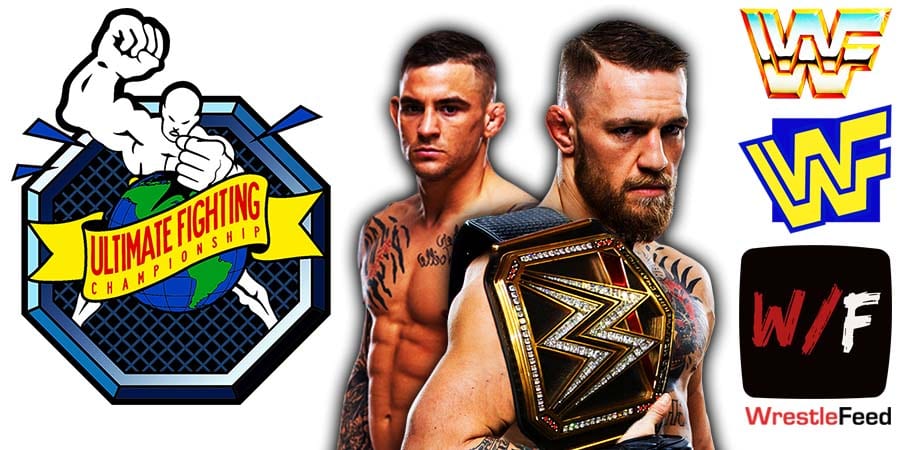 “The Notorious” Conor McGregor wasn’t happy with the way he lost to Dustin Poirier at UFC 264.

While he was down in the Octagon and Dustin was getting interviewed by Joe Rogan, Conor threatened to kill Dustin.

NEW alternate angle of Conor McGregor threatening to kill Dustin and Jolie Poirier “in their sleep” and makes gun sign to his head:

Dustin also addressed this in the interviews after the PPV was over:

Conor also made some tweets regarding this and later deleted them. You can check them out below: 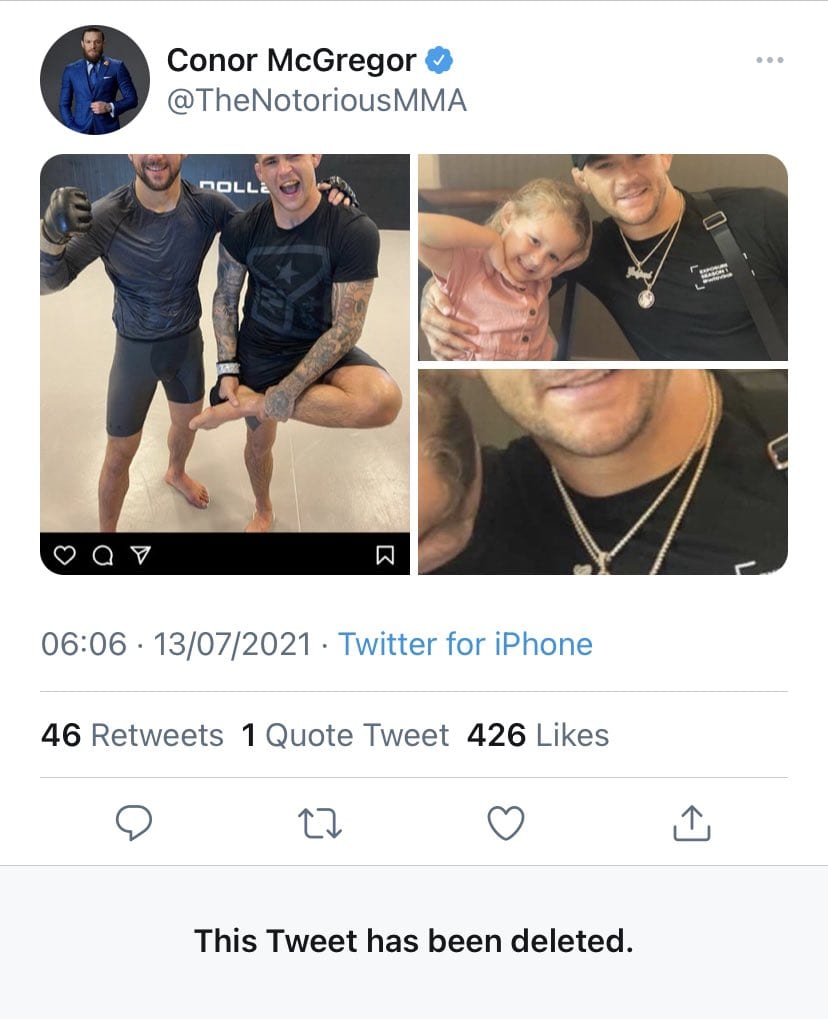 Also Read: Ronda Rousey Is Impressed With What Conor McGregor Did At UFC 264