• Controversial UFC Fighter Says He Might Be In WWE Soon

Below is what Colby said:

That’s the thing about the UFC, they can’t slow me down. I’m a personality now. I do whatever the f**k I want. If I’m gonna go to the WWE, you know, I might be in the WWE soon. So I could give a f**k less if I ever fight in the UFC.”

Colby considers himself a super villain and is known for trash talking. He uses Social Media to insult people, members of the media and even posts spoilers for highly anticipated movies.

Colby once insulted Brazil and its people after winning a UFC fight by calling Brazil a “dump” and Brazilians “filthy animals”.

Colby also went on to announce that he supports US President Donald Trump and went on to visit the White House to present Trump with the UFC Interim Welterweight Title when he won it. 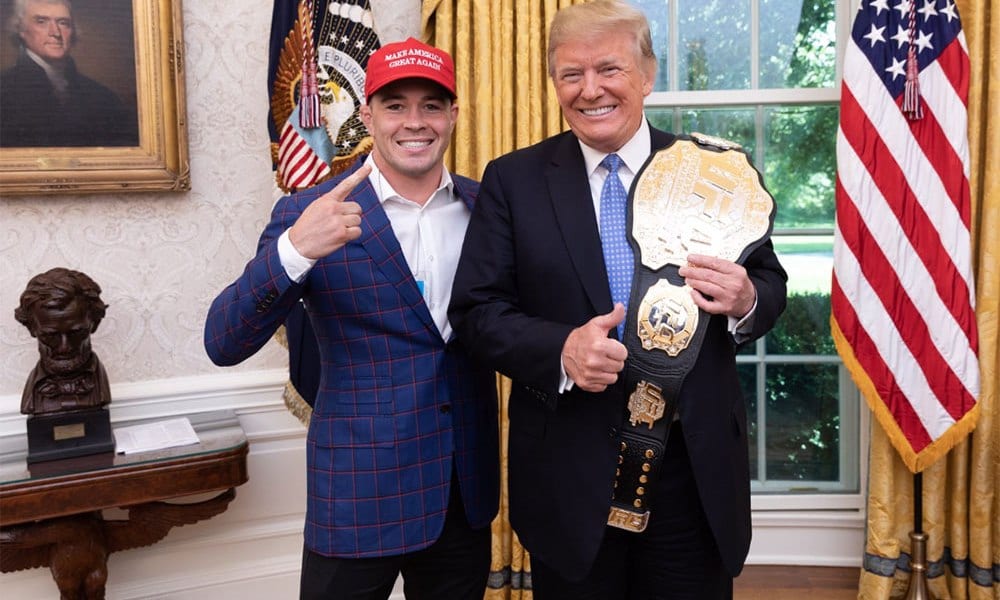 Colby isn’t a stranger to the world of Professional Wrestling. He made multiple appearances in Impact Wrestling back in 2017 and even had a match at the Bound For Glory PPV.