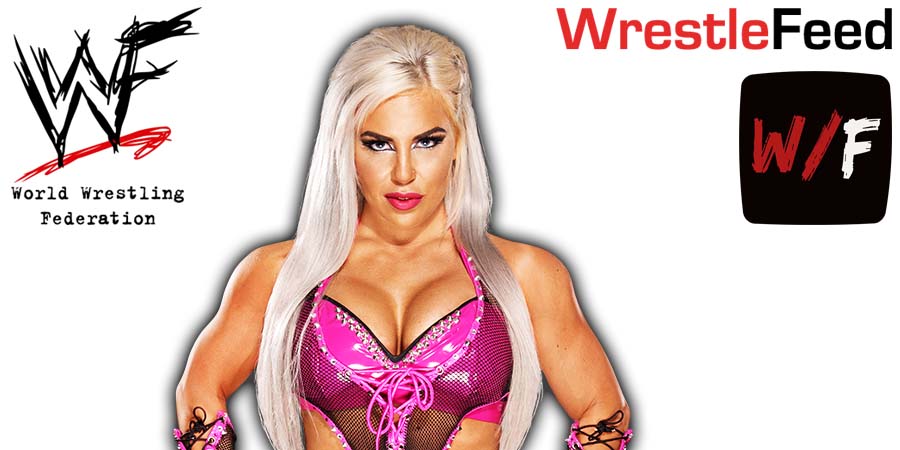 On last week’s episode of RAW, Dana Brooke lost to Shayna Baszler in a singles match.

During the match, Corey Graves said the following on commentary:

You can give me a chest full of tools, that doesn’t mean I can build you a house, OK?

It’s a matter of putting things together, and Dana Brooke, in my opinion, hasn’t exactly done that.”

This led to Dana posting the following message on her Instagram story:

“You CANNOT entertain everything regardless if its INDIRECT or DIRECT!! Let people do what they do best. TALK!! Y’all act like y’all gone die because somebody said something about you. IT IS NOT THAT DEEP!!

You cannot stop and throw stones at every dog that barks. ONCE you entertain a clown, you BECOME ONE. YOU THE CLOWN. I’M THE QUEEN. I KEEP PUSHING THRO! WATCH ME WORK.”

On this week’s RAW, Dana faced Shayna once again, but this time in a Queen’s Crown tournament match. Dana lost once again.

During the match, Graves took another shot at Dana when he said that she should concentrate on her match, and not what he says on commentary.