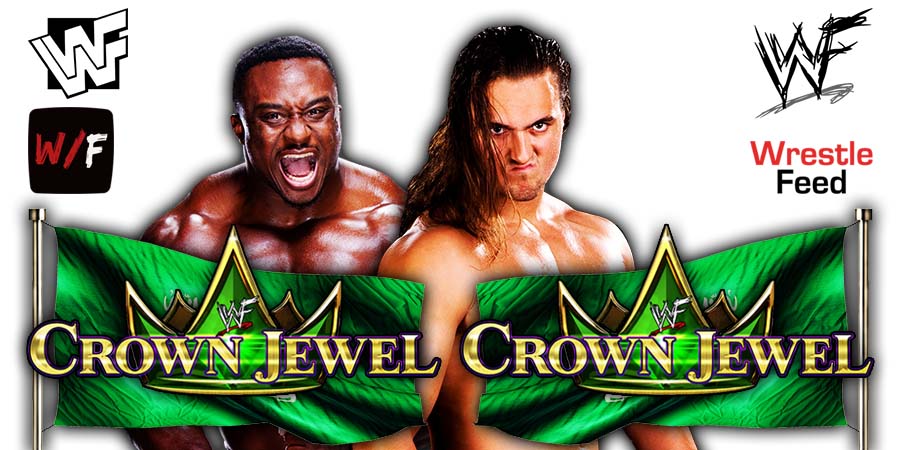 Up next is the King Of The Ring Finals between Finn Balor and Xavier Woods. Zelina Vega became The Queen earlier during this PPV.

Being King Of The Ring has been a childhood dream of Woods, and he plans on fulfilling that dream right now.

Here’s what he tweeted earlier today:

“My entire career I’ve been told to tone it down, don’t be my FULL self. I’m too ridiculous, I don’t fit in. Just be like everyone else. Don’t think outside the box. Tonight, I have a chance to show all of those people they were wrong.

This is the most important match of my life.”

After back & forth action, Woods hits the Flying Elbow drop from the top rope on Balor, and pinned him to pick up the win.

Xavier Woods def. Finn Balor to become the King Of The Ring 2021

Up next is the WWE Championship match. Drew McIntyre makes his way out first, followed by the champion, Big E.

After good back & forth action, Big E hit the Big Ending on McIntyre and went for the cover, but Drew kicked out!

Big E is looking to hit a Spear through the ropes, but McIntyre comes running with a Claymore Kick! Drew goes for the cover, but Big E kicks out!

Big E counters a move from McIntyre and hits the Big Ending to pick up the win.