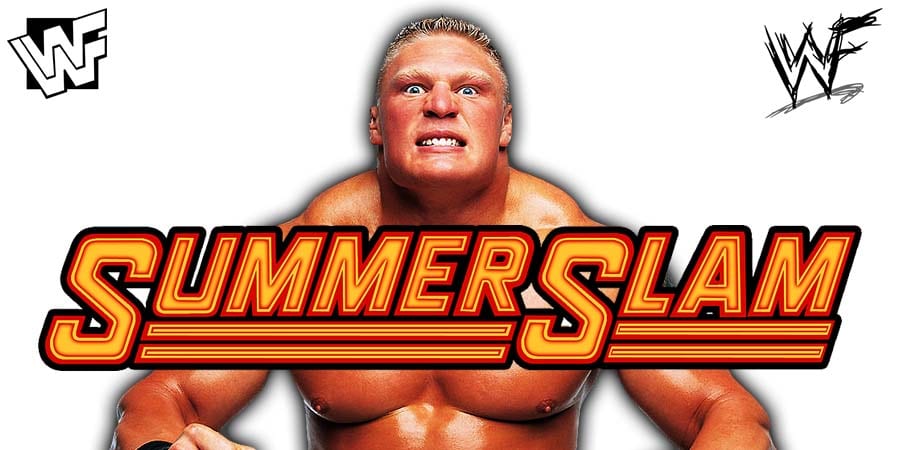 On this day in 1992, we lost Old School WWF Legend “The Nature Boy” Buddy Rogers at the age of 71, after he suffered three strokes in the previous weeks.

There are rumors going on regarding the main event of SummerSlam 2020. Some reports state that Drew McIntyre vs. Randy Orton for the WWE Championship will main event, while some state it’s going to be the long awaited Brock Lesnar vs. Bobby Lashley match.

However, none of those matches are slated to take place.

According to Tom Colohue, a rematch between Drew McIntyre and Brock Lesnar for the WWE Championship in the current plan for the SummerSlam 2020 main event:

“Well, there is obviously a lot of change going on at the moment, but to my knowledge, the planned main event for SummerSlam is Drew McIntyre vs. Brock Lesnar.

So that wouldn’t need Orton in that feud and would need Orton something to do because the idea was that this would be round three of Edge vs. Orton at SummerSlam. That obviously now cannot be the case.

Edge’s injury did screw them over quite a bit. It’s just unlucky on everybody’s part. Paul Heyman did want to go in another direction, but Vince overruled him, and of course, now Paul Heyman isn’t there to fight the corner.

Orton doesn’t seem to be there to work with some of the younger guys. They brought back the legend killer; they needed a legend, and Christian isn’t cleared. Big Show it is.”