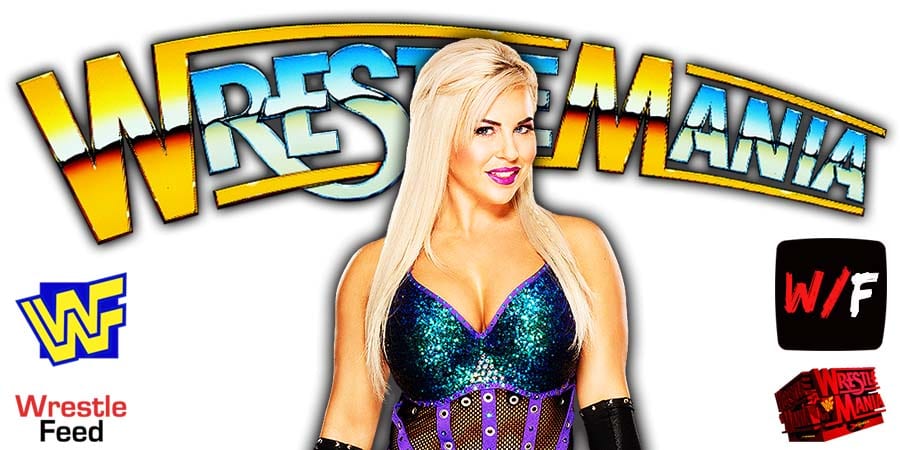 Up next is the Women’s Tag Team Turmoil match. The first two teams in the match are Lana & Naomi and Carmella & Billie Kay.

Lana & Naomi get eliminated and out next are Liv Morgan & Ruby Riott. Billie Kay gets pinned next and her team is eliminated.

Carmella is not happy with superkicks both Ruby & Liv. Out next are Mandy Rose & Dana Brooke.

Mandy slips on the entrance ramp as it is probably still wet from the rain.

Liv has pinned Dana and out next are Natalya & Tamina.

Dana Brooke suffered a wardrobe malfunction during this match and the screen went black multiple times due to this.

Natalya & Tamina put away the Riott Squad and they have won this Tag Team turmoil match.

Up next is Cesaro’s very first singles match at a WrestleMania event, and it is against former WWE Champion Seth Rollins.

After good back & forth action, Cesaro does the Cesaro Swing on Rollins and then hits the Neutralizer to pick up the win!