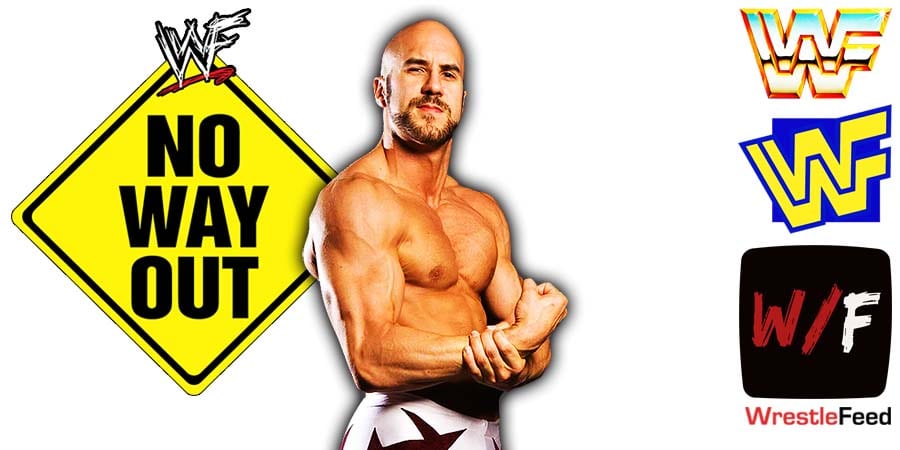 On this week’s episode of Talking Smack, Daniel Bryan and Cesaro appeared to talk about the SmackDown Elimination Chamber match. The winner of this match will face Roman Reigns for the Universal Championship on the same night.

Here’s what Bryan had to say about Cesaro not getting enough opportunities in WWE as a singles wrestler:

“Do you (Paul Heyman, co-host of Talking Smack) know how many opportunities he’s gotten here? I bet we could count them on one hand.

Now, I have a steadfast belief in myself, as you know. I would be absolutely honored for it to come down to me and Cesaro. This is a man that I’ve known for 15 years, who has more heart than anybody I know in WWE and fight like we’ve never fought before, all for just an opportunity that he’s never once gotten here. If I lose, I lose, and if I win, Roman’s in trouble.

Cesaro then had the following to say to Heyman:

“Honestly, I couldn’t think of a better man standing in the ring with me at the end of the Elimination Chamber than Daniel Bryan. I have a lot of respect for Daniel.

I think your biggest fear is for me and Bryan to be the last two in the Elimination Chamber because you know, no matter what the outcome [is], it’s not going to go well for you or your ‘Tribal Chief,’ ‘Table Head,’ ‘Head of the Table,’ whatever he calls himself this week.

I can’t remember the last time that I had a chance at the Universal Title or any Championship in WWE, and I’m still going because I believe hard work pays off. And I believe because every single person out there that believes in me and has believed in me since I came to the United States…I’ve worked my way up the hard way. I worked every single day to get here.

I love it, I love every single moment of it! That’s who I am, and that’s what I believe in. Every single person at home sitting in the, as we call it, Cesaro Section knows it and has ever known it. I appreciate you, I appreciate what you believe in. That is why I fight every single day. I love wrestling. Love will always succeed. Your next Universal Champion, Cesaro, out.”

On this day in 1997, the World Wrestling Federation aired a special Thursday Night episode of their weekly TV show ‘WWF RAW’.

It was broadcasted from the Memorial Auditorium in Lowell, Massachusetts and featured matches, interviews & storyline segments on the road to the ‘WWF In Your House 13: Final Four’ PPV.