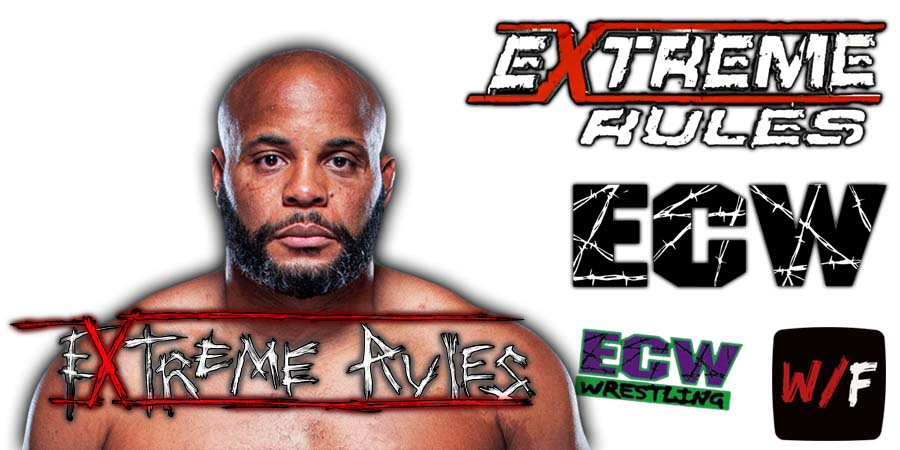 Lesnar had a face-off with Daniel Cormier inside the Octagon, when The Beast confronted Cormier at UFC 226 in 2018, after DC became a simultaneous double champion.

Unfortunately, Brock retired from the sport of mixed-martial-arts and nothing ever came out of that face-off.

Is WWE going to capitalize on that and maybe have plans to do a pro-wrestling match between the two former UFC Heavyweight Champions?

Cormier was asked about this possible match during an interview with the Associate Press and below is what he said:

“I’ve been retired for a couple of years and I look like it. But I’d have to get in shape if I ever want to do something like that. The door is not closed on anything right now in my life.”

WWF Update: They Announce The Main Event For Survivor Series 1992

– Razor Ramon vs. Steve May