This week’s episode of RAW kicked off with an “In Memory Of” graphic for Jon Huber (Luke Harper/Brodie Lee), who passed away this past Saturday.

After that, RAW commentator Tom Phillips said “It’s Monday, you know what that means”. WWE Champion Drew McIntyre also said the same in his promo in the opening segment. For those who don’t know, it’s a line that Huber used to tweet every day.

Xavier Woods also wore an arm band which had “Brodie” written on it, and also used a Discus Clothesline on Cedric Alexander in an 8-Man Tag Team match to pay tribute to Huber. Other wrestlers were seen paying tribute to Huber in their own ways as well.

However, some people wanted WWE to air a video package or have a 10-bell salute for Lee, which did not happen.

IMPACT Wrestling also displayed a graphic for Huber at the start of this week’s show, which wasn’t noticed much by fans.

It seems like AEW TNT Champion Darby Allin wasn’t satisfied with WWE or IMPACT’s tribute to Huber as he posted the following a few hours before AEW Dynamite’s tribute episode on Brodie Lee:

“Time for a real damn tribute!”

He later deleted the tweet after some fan backlash, but below is a screenshot: 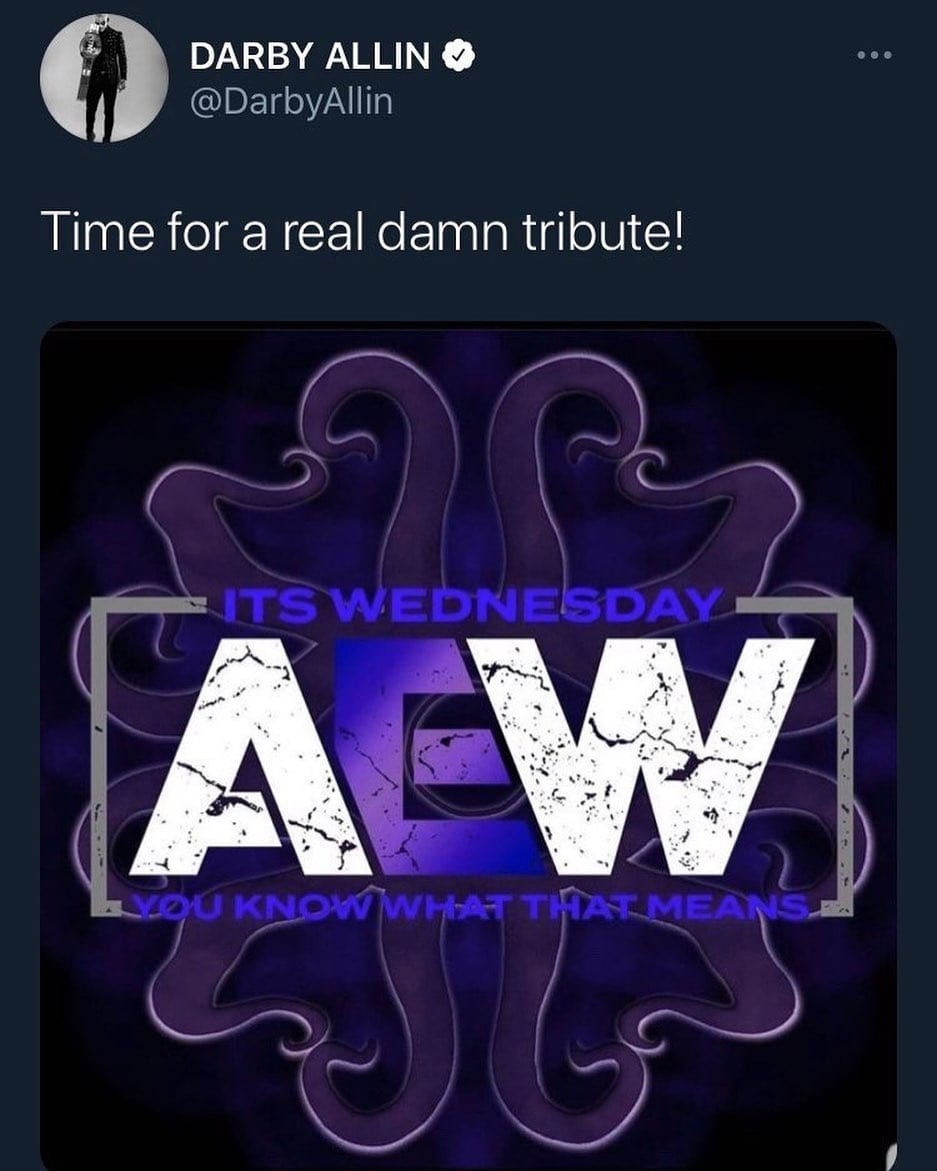