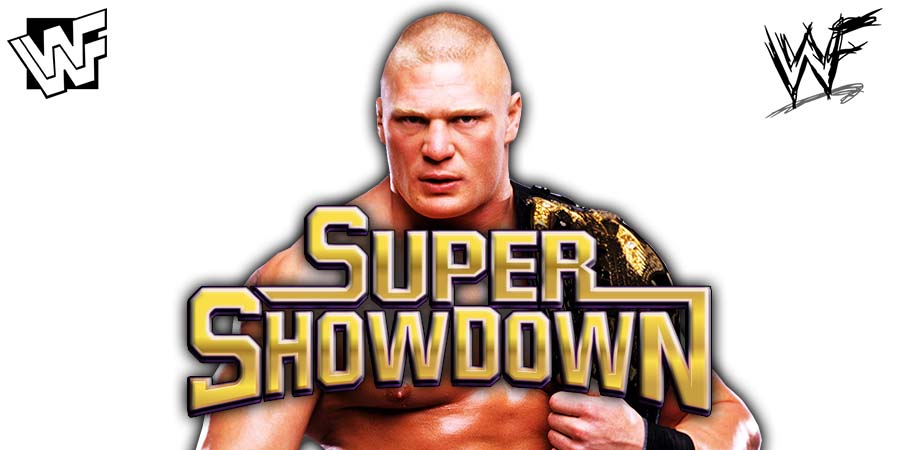 While no matches have been announced for this event so far, WWE Champion Brock Lesnar and WWE Hall Of Famer Goldberg are expected to be a part of this event.

WWE’s last visit to Saudi Arabia was on October 21, 2021 for the Crown Jewel PPV, where the top matches on the card were Brock Lesnar vs. Roman Reigns, Goldberg vs. Bobby Lashley and Edge vs. Seth Rollins inside Hell in a Cell.

The last Super ShowDown PPV took place in 2020, where The Undertaker, Goldberg and Brock Lesnar had matches.

• ON THIS DAY IN WWF HISTORY (January 6, 1985) – WWF Georgia Championship Wrestling on TBS

9. The Junkyard Dog vs. Rusty Brooks