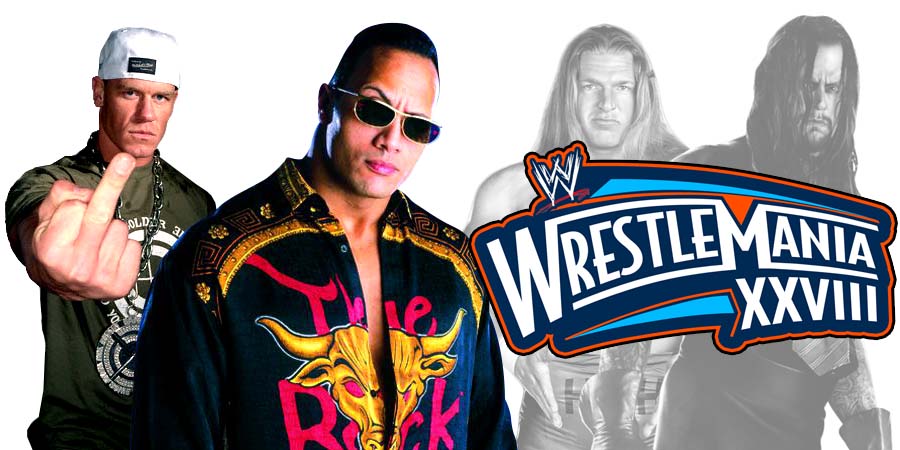 On this day in Pro-Wrestling history on April 1, 2012, WWE WrestleMania 28 took place. This is the highest bought WWF/E PPV of all time as it featured The Rock’s first match at a WrestleMania event in over 8 years, when he faced John Cena in a “Once in a Lifetime” match.

Also at this event, The Undertaker and Triple H battled an “End of an Era” Hell in a Cell match and The Deadman went 20-0 at WrestleMania. It should be noted that The Undertaker sported a new look for this match, a look where he cut all his hair. Below are the results from WrestleMania 28:

– “End of an Era” Hell in a Cell Match With Shawn Michaels As Special Guest Referee: The Undertaker def. Triple H to go 20-0 at WrestleMania.

– Once in a Lifetime: The Rock def. John Cena

You can watch the highlights from WrestleMania 28 in just 60 seconds below: