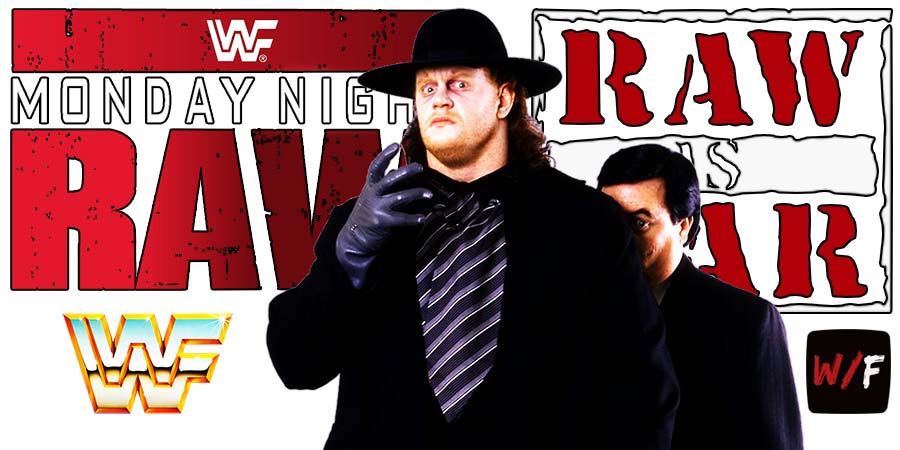 WWE Hall Of Famer The Undertaker made a surprise appearance at the San Diego Comic Con recently.

He received a huge pop from the fans in attendance. You can watch it below:

The Undertaker made a surprise appearance at the San Diego Comic Con pic.twitter.com/Y0tEf5fhuT

During this appearance, Undertaker talked about how Monday Night RAW revolutionized the wrestling business.

Prior to the debut of RAW in 1993, the WWF wrestlers used to work 3 weeks of TV tapings at once, where they’d face jobbers / enhancement talents and save the WWF Star vs. WWF Star matches for the PPVs.

“They used to be called ‘jobbers’, but I guess that’s [inappropriate]. If you’re an ex-jobber, don’t be woke and cancel me (laughs). You can’t, but go ahead.

Then Monday Night RAW comes along, and we’re gonna be live every Monday night, and that really did just change the scope of the wrestling business.

No longer did you have Undertaker versus somebody in an enhancement match.

If you were going to keep a live show, you had to put the best out that you could.

One of the greatest things to happen in the modern era of wrestling is going live on Monday Night RAW.”

Also Read: The Undertaker Comments On Triple H Becoming The Head Of Creative In WWE