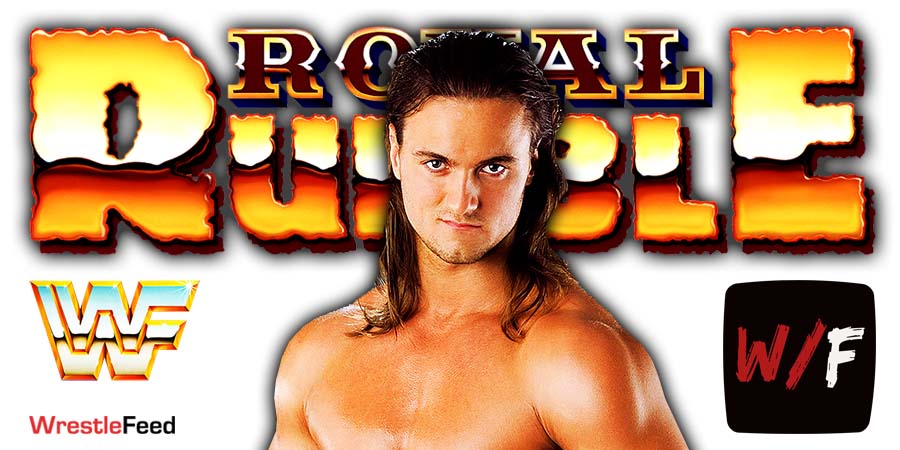 – Sid Justice vs. The Brooklyn Brawler

– The Mountie vs. Jimmy James

The highlights of the event were Edge coming out of retirement and Drew McIntyre winning the Men’s Royal Rumble match, thus earning a spot in the main event of WrestleMania 36.

After winning the Royal Rumble match, McIntyre paid tribute to Kobe Bryant and his daughter Gianna (they died earlier that day in a Helicopter crash).