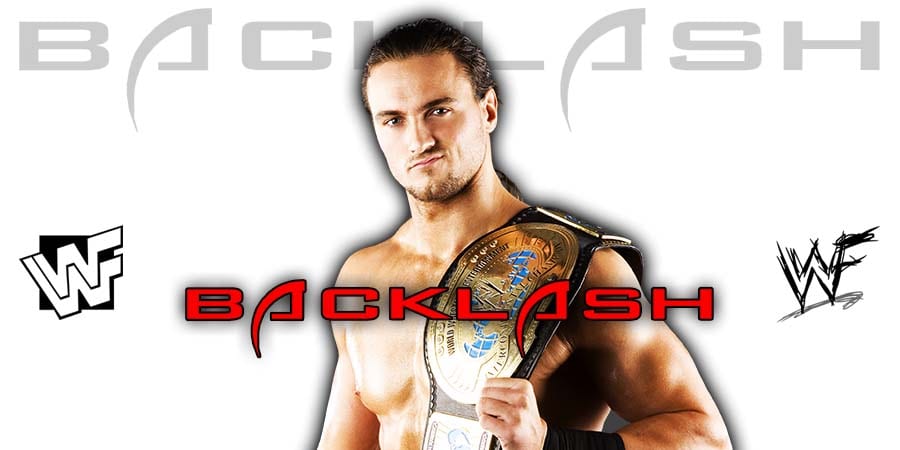 After 5 NBA championships, Dennis Rodman became a very famous Basketball Legend, who also played lead roles in several movies and dated some famous women, such as Madonna and Carmen Electra.

During his infamous NBA suspension, as well as during various off-seasons, The Worm often showed up in Ted Turner’s World Championship Wrestling between 1995 and 1999, and even wrestled quite a few professional wrestling matches for the promotion in those years.

He would certainly deserve to be inducted into the Celebrity Wing of the WWE Hall of Fame (considering other Celebrities who did a lot less are in there), but due to his controversial friendship with North Korean dictator Kim Jong-un, that might not happen any time soon.

WWE Champion Drew McIntyre defeated Seth Rollins to retain his Title at the Money In The Bank pay-per-view this past Sunday. After the match, they shook hands to signify the end of their rivalry.

The Wrestling Observer noted that WWE is building up Bobby Lashley to be the next opponent of Drew McIntyre:

“They really put Lashley over strong and I got the impression from watching it that McIntyre and Lashley is perhaps the next pay-per-view match.”

It was also noted that “they are absolutely going that direction.”

MVP teased an alliance with The All Mighty on this week’s RAW, and he provoked him to get a WWE Title match.