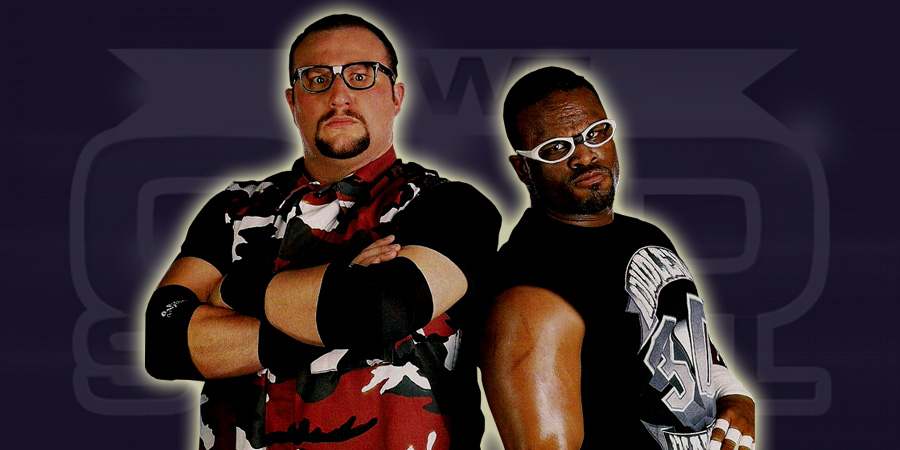 During a recent interview with Sports Illustrated, Bubba Ray Dudley & D-Von Dudley, The Dudley Boyz, expressed their displeasure towards WWE.

The Dudleys believe they can revolutionize WWE’s current Tag Team division, but they can’t understand why WWE doesn’t want them back.

Here’s what D-Von had to say:
“For us not to be back there, knowing that we’re in the best shape we’ve ever been in, I don’t understand it. We’re better now than we were ten or fifteen years ago. I understand that they want the future. But without the older generation that paved the way for these young guys to come, you’re not going to have it. Wrestling is a lost art, so you need the older guys like us to help show the younger guys how it’s done. I don’t understand it, though I know it needs to be on their terms.”

Here’s what Bubba Ray had to say:
“Take the Dudley Boyz and put them back in WWE, and you’d add instant credibility to the tag division.The great thing about the Dudleys is we can work with any team and we can work any style. Not only will we help one team get over and learn and get better, but we can help all of them. It seems pretty simple to me – having the Dudleys back in the WWE is best for business, so I don’t have a really great answer for why we are not there. Only they know.

You would think the most decorated tag team in the history of WWE would be able to go back into a company and breathe life into the tag division. It may never happen, but you never say never. It could be right around the corner”

The Dudley Boyz will be facing The Young Bucks this Saturday at Tommy Dreamer’s House of Hardcore promotion’s international debut in Toronto.