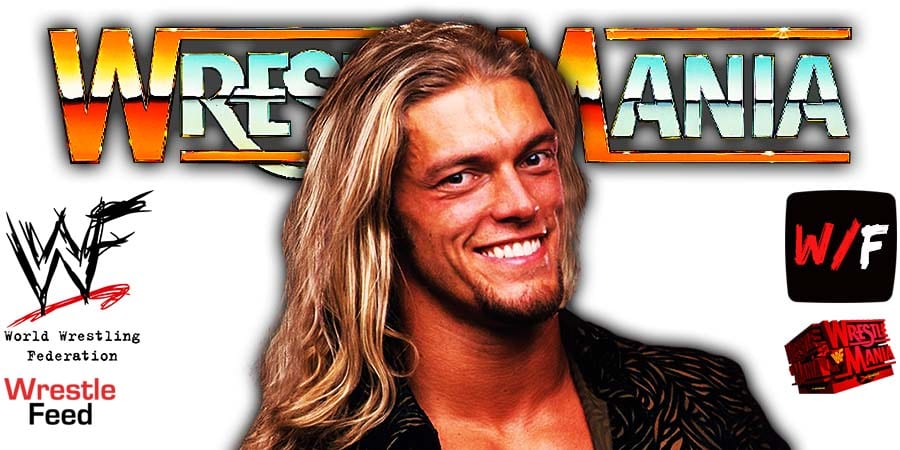 During an appearance on WWE’s The Bump, WWF Legend Mick Foley talked about his WWE Untold episode that focuses on his hardcore match against Edge at the WrestleMania 22 pay-per-view.

Here’s what the 2013 WWE Hall of Famer had to say about that match:

“I didn’t know what I had in the gas tank. I knew what we wanted to accomplish, but I really wasn’t sure.

Then within 90 seconds it became pretty clear to me that I was in there with a master in Edge. And if I was going to have a shot to do something memorable and capture that elusive WrestleMania moment, it would be with him.

I blame Shawn Michaels. Before Shawn started talking about being Mr. WrestleMania, you didn’t need a magical Mania moment to be considered a Legend.

But he set the new standard and that whole term ‘WrestleMania moment’ became something fans and even wrestlers believed in.

So in the front of my mind I knew I needed that. I had good matches at WrestleMania. But nothing I’d ever consider memorable or historic.

I really felt I needed to come up with something. So this match with Edge lived up to my hopes. Even more so that people list it among their favorite WrestleMania matches of all time.

I should point out that at a certain point, had it not been for Edge, it would’ve just been a regular match, because Mr. McMahon and Shawn Michaels had an anything goes match.

Edge went in to talk to Vince. It was a loud volume conversation, I could hear it through the walls.

He really stood up for what we’d been told, I don’t want to say promised, but we were told it would be an anything goes match.

I think at a certain point they wanted to put it in a cage instead too. And Edge really stood up for what he thought the match should be.

In fairness to Shawn and Vince, they had a fun match. But it’s not a match we’re revisiting 15 years after the fact.

So I don’t think anyone minded there were two similar matches. They were completely different matches.

One was a lot of fun and the other was a historic battle between me and Edge.”