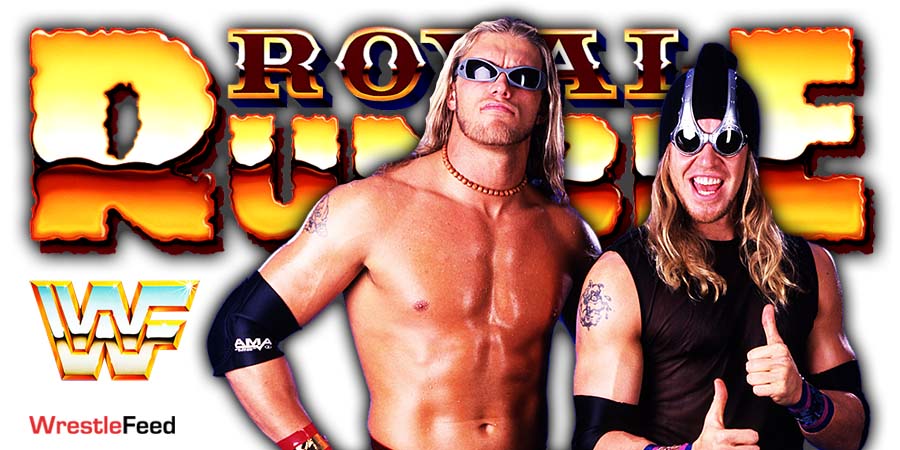 • Edge On When Christian Was Medically Cleared To Return To WWE

WWE Hall Of Famer Edge recently gave an interview to Sports Illustrated, in which he revealed when his best friend, fellow Old School WWF Veteran Christian, was medically cleared to return to the ring, which we all know he did as he returned as a surprise entrant in the 2021 Men’s Royal Rumble match last month.

Keep in mind that Christian was forced to retire from professional wrestling in 2014 and no one thought he would ever return as an active wrestler, a similar situation to Edge, who retired in 2011 and returned as a surprise entrant in last year’s Men’s Royal Rumble match.

Here’s what 2012 WWE Hall of Famer had to say about his buddy Christian:

“He got cleared a couple of months ago, and I was among the only few people who were privy to that. We didn’t know for sure that he was going to be in the Rumble until the Friday before.

I was driving to his place to stay with him for the weekend, and that’s when we found out this was going to happen.

We looked at each other and I said, ‘We’re both going to do this together again.’ We’ve had this fairytale friendship.

I remember talking with Chavo, and he mentioned thinking that I’d met Christian and become friends with him while in wrestling. No, we met in the sixth grade. We grew up together saying we were going to do this.

And no matter what we’ve done separately, it’s always circled back to the two of us together, just like it did at the Rumble.”

On this day in Pro Wrestling history on February 19, 2006, World Wrestling Entertainment aired ‘WWE No Way Out 2006’ LIVE on PPV from the 1st Mariner Arena in Baltimore, Maryland.

The PPV theme song of this dual brand pay-per-view was “Deadly Game” by the band ‘Theory of a Deadman’.