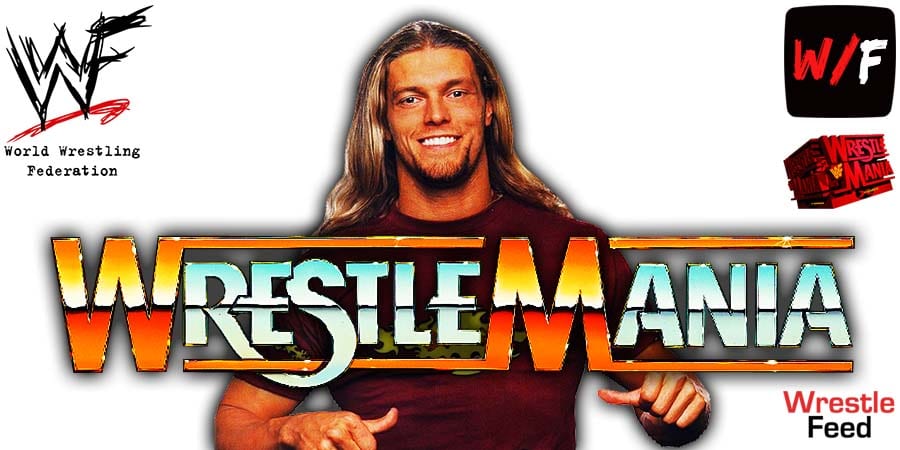 On the latest episode of his weekly ‘The Kurt Angle Show’ podcast, our Olympic Hero interviewed fellow WWF Legend Edge, where they spoke about the famous 2006 rivalry between The Rated-R Superstar and John Cena.

The 2011 Hall of Famer did not rule out a future one-on-one WrestleMania match against the former Doctor of Thuganomics.

“The only thing with John and I; we never wrestled a one-on-one (match) at WrestleMania. Which is crazy, right? We did (work a lot together). We worked everything else, but!

I mean, the scent is in the air; you never know. It could happen one day!”

It was broadcasted from the Pepsi Arena in Albany, New York and featured matches, interviews & storyline segments on the road to the ‘WWF Fully Loaded 2000’ PPV.

1. The Dudley Boyz vs. The Hardy Boyz

3. D-Generation X vs. Too Cool