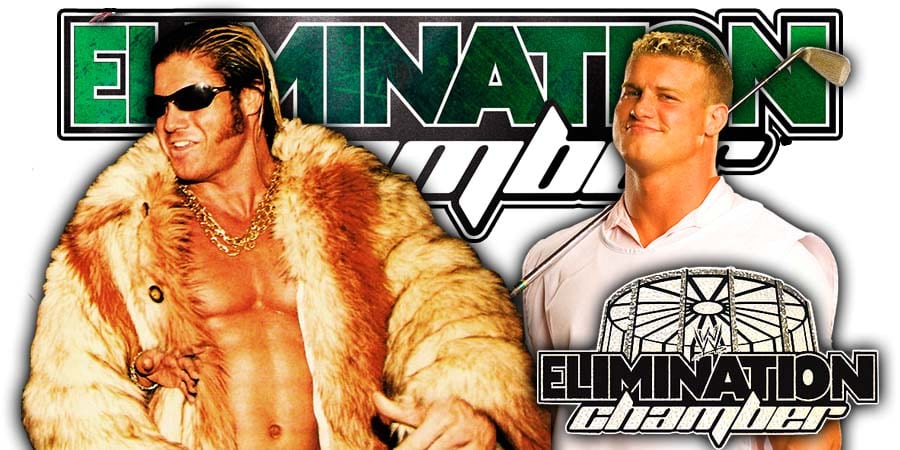 This is the 10th event under the “Elimination Chamber” banner. Below is the match-card for tonight’s show:

– Elimination Chamber Match To Crown The #1 Contender For The RAW Women’s Championship At WrestleMania 36: Natalya vs. Liv Morgan vs. Shayna Baszler vs. Asuka vs. Ruby Riott vs. Sarah Logan

– Elimination Chamber Match For The SmackDown Tag Team Championship: The Miz & John Morrison (c) vs. The New Day vs. The Usos vs. Heavy Machinery vs. Lucha House Party  vs. Dolph Ziggler & Robert Roode

We start off with a tag team match on the Kickoff Show between The Viking Raiders (Erik & Ivar) and Major Brothers (Zack Ryder & Curt Hawkins).

The main show begins with a singles match from the blue brand.

After good back & forth action, Bryan locked in the YES Lock on Gulak and Gulak passed out.

Dolph Ziggler & Robert Roode get interviewed backstage. They’re going to enter last in the Elimination Chamber match for the SmackDown Tag Team Championship. Roode says it’s a matter of when and not if they will win the match and the Titles.

Kayla Braxton wishes them good luck and Ziggler says then don’t need good luck. While Ziggler is speaking, the “glitch” happens on the TV behind them once again.

Ziggler said his ‘babe’ Mandy Rose will be watching their Elimination Chamber match.

Up next is the United States Championship match. Andrade and Zelina Vega make their way out first, followed by Humberto Carrillo.

Andrade manages to pin Carrillo by grabbing his tights.

Up next is an Elimination Chamber match for the SmackDown Tag Team Championship.

The Usos and The New Day begin the match. Lucha House Party enters the match next. SmackDown Tag Team Champions John Morrison & The Miz enter next.

Lince Dorado hit a Shooting Star Press from the top of the chamber during the match and you can watch it below:

Ziggler & Roode come out next and Heavy Machinery go after them.

Otis goes running after Ziggler, but Ziggler gets out of the way and he goes through two Chamber walls to fall outside of the Chamber!

Roode hits the Glorious DDT on Tucker and pins him.

The Usos eliminated Ziggler & Roode next.

The Usos and Miz/Morrison are left.

Miz & Morrison manage to pin The Usos to win the match.