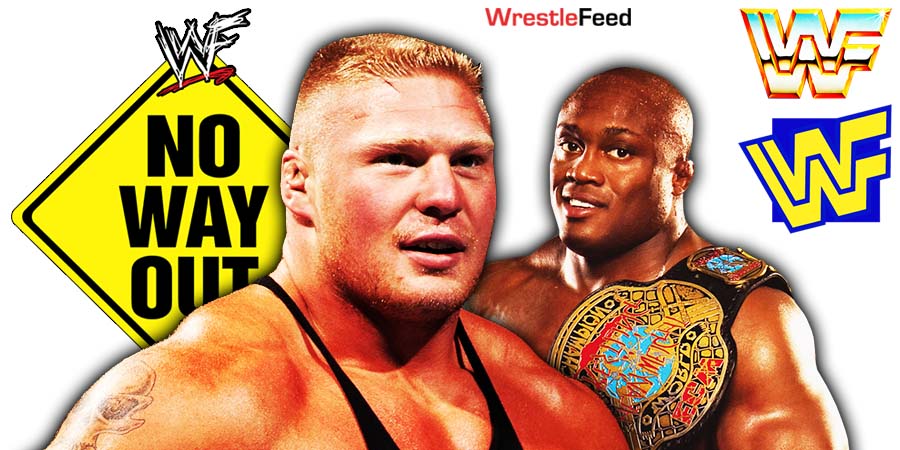 This is part 5 of our Elimination Chamber 2022 live coverage (part 4 is here).

The Viking Raiders came out for their Title match next, but SmackDown Tag Team Champions The Usos attacked them and the match didn’t take place.

Up next is the main event of the evening and it is an Elimination Chamber match for the WWE Championship.

Austin Theory and Seth Rollins are starting this match. Brock Lesnar came out for the match last, but he will enter the pod, not Theory or Rollins.

Rollins powerbombed Theory through the glass door of Bobby Lashley’s pod and Lashley is down.

Riddle enters the match next. Medical personnel have entered the chamber to check on Lashley. WWE Official Adam Pearce is also checking on Lashley.

Lashley is being helped out of the Chamber and it looks like he’s out of the match for now.

AJ Styles enters the match next. Brock Lesnar breaks his pod to enter the match and he’s taking everyone out with F5s.

Michael Cole said Lashley isn’t being allowed to compete due to concussion protocols, so a new WWE Champion is guaranteed.

Theory and Lesnar are left now and Theory is running away from Brock. Brock gets his hands on Theory and viciously suplexes him on the padded floor.

Theory low-blows Lesnar and takes him down with a DDT. He goes for the cover, but Lesnar kicks out.

Both Brock and Austin climb the Chamber and are on top of a pod now and he F5s Theory from the top of the pod on the padded floor!!!

Lesnar comes down and pins Theory.

WWE announces that the main event of WrestleMania 38 is Roman Reigns vs. Brock Lesnar with both the WWE Title and the Universal Title on the line.

Lesnar clicked selfies with fans after the match.