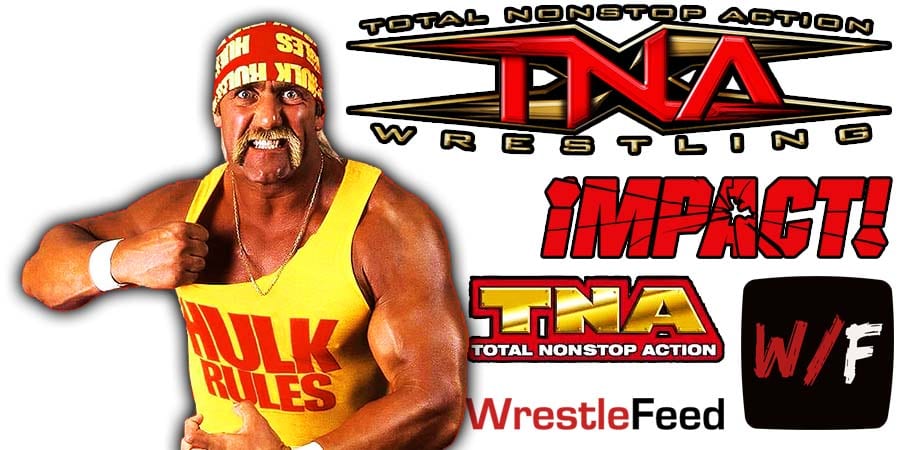 On the latest episode of his weekly ’83 Weeks’ podcast, former WCW President Eric Bischoff was asked to address the 2011 rumors of a Hulk Hogan vs. Mick Foley match, while all of them were working for Dixie Carter’s Total Nonstop Action!

Hogan and Foley never had an actual match against each other during their careers, which is why that match would’ve actually drawn some additional attention to TNA back then.

“No. This was the beginning of a really dark period, physically. Hulk had been involved with a lot of negative things. He had a lot of things going on in his life with the divorce and other issues that had nothing to do with wrestling.

He was in a ton of pain. This was when the back was really starting, before the 17 surgeries.

I think he had a couple by then, by 2011, but physically, when I would show up at the set, oftentimes I would fly into Tampa the night before, stay in a hotel, Hulk would swing by and pick me up or I would meet him at his house and then we would drive together to Orlando for the show.

We would pull up to the soundstage at Disney. It took Hulk 10 minutes just to get out of the car, so there was no thought of matches at this time.”

In 1984, 1985 & 1986, Lyons was the announcer, interviewer & ring announcer for the World Wrestling Federation during their weekly TV show ‘WWF Maple Leaf Wrestling’.

His famous catchphrase was “Don’tcha dare miss it!”.