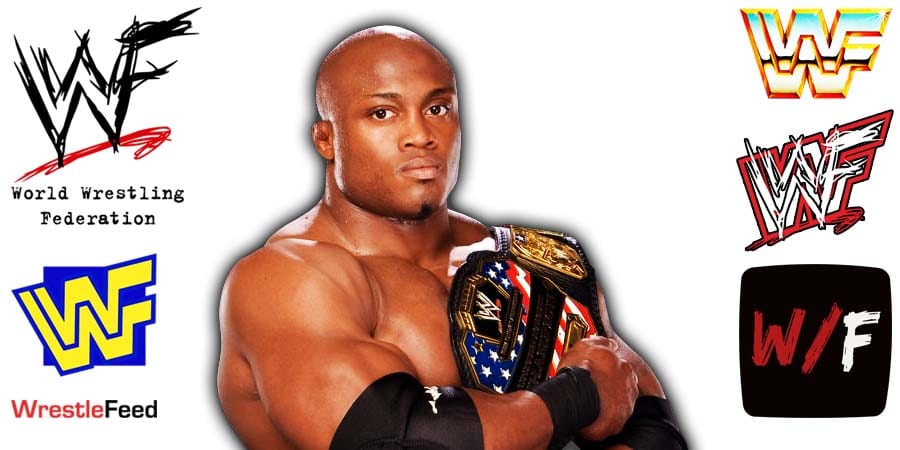 During a recent interview with SK Wrestling, WWE Champion Bobby Lashley was asked his thoughts on wrestlers getting released from WWE and then badmouthing the company, and what advice he’d like to give to them.

Here’s what The All Mighty said:

“Stay motivated. There were guys that contacted me in WWE while I was out and they asked, ‘What’s going on? Do you have any advice?’ I always told them, ‘If you’re good, your talent can’t be denied.’ That’s one. Two: never burn bridges.

A lot of times, people leave the wrestling business or leave one organization and feel the need to badmouth them, I think that’s ridiculous.

Every one of us made our name from WWE or pro-wrestling and made a lot of money. I look at it on a nightly basis when I tuck my kids in and the ability to put a roof over their head and give them things that I didn’t have.

The money that I made from wrestling, I’ll always have respect for wrestling. Fans need to understand that if you see someone fighting one organization or the other, don’t even pay attention to them. As a fan, walk away from it. They don’t understand what the wrestling business is about.

Everyone needs to eat and feed their kids. Everyone wants to have a good show. Instead of putting someone else down, just look at your own field and promote what you have instead of hating what you don’t like.

If you leave, leave with motivation and keep doors open for yourself.”

Also Read: Backstage News On Who Will Defeat Bobby Lashley For The WWE Championship (Possible Spoiler)

– Big Bossman and Akeem vs. Scrubs