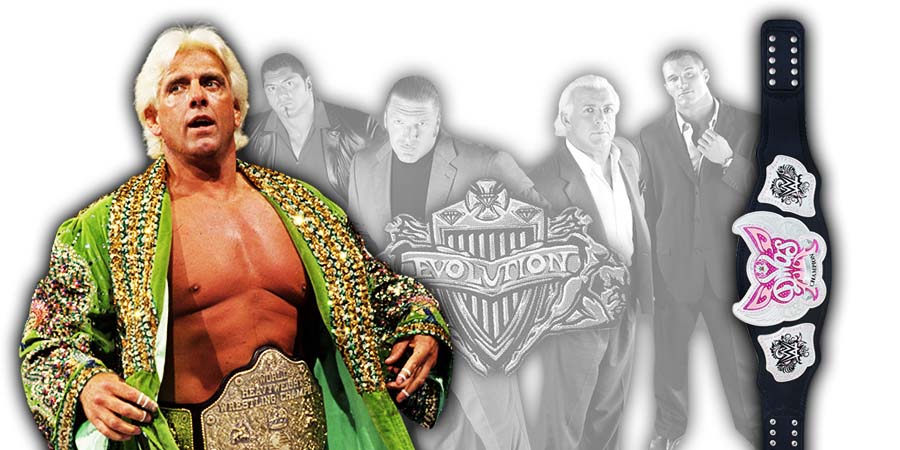 In late 1987, he became the manager of fellow french-canadian Dino Bravo, whom he managed till April 1989, when “The Mouth of the South” Jimmy Hart became Bravo’s new manager.

According to PWInsider, two time WWE Hall of Famer and Evolution member “The Nature Boy” Ric Flair is set to appear at WWE Evolution PPV.

Ric will either appear in a backstage segment with Charlotte or accompany her to the ring during her “Last Woman Standing” match with Becky Lynch for the SmackDown Women’s Championship.

20 names have been announced so far for the Women’s Battle Royal and you can check them out below: