Alexa takes Bayley down and takes the kendo stick and starts attacking Bayley. Alexa hits a brutal kendo stick shot to Bayley’s neck and the referee checks on her.

Alexa goes on to hit another kendo stick shot, but Bayley ends up hitting a Bayley-to-Belly.

However, Bayley fails to capitalize on the momentum that she got after hitting her finisher and Alexa nails a DDT to get the win. 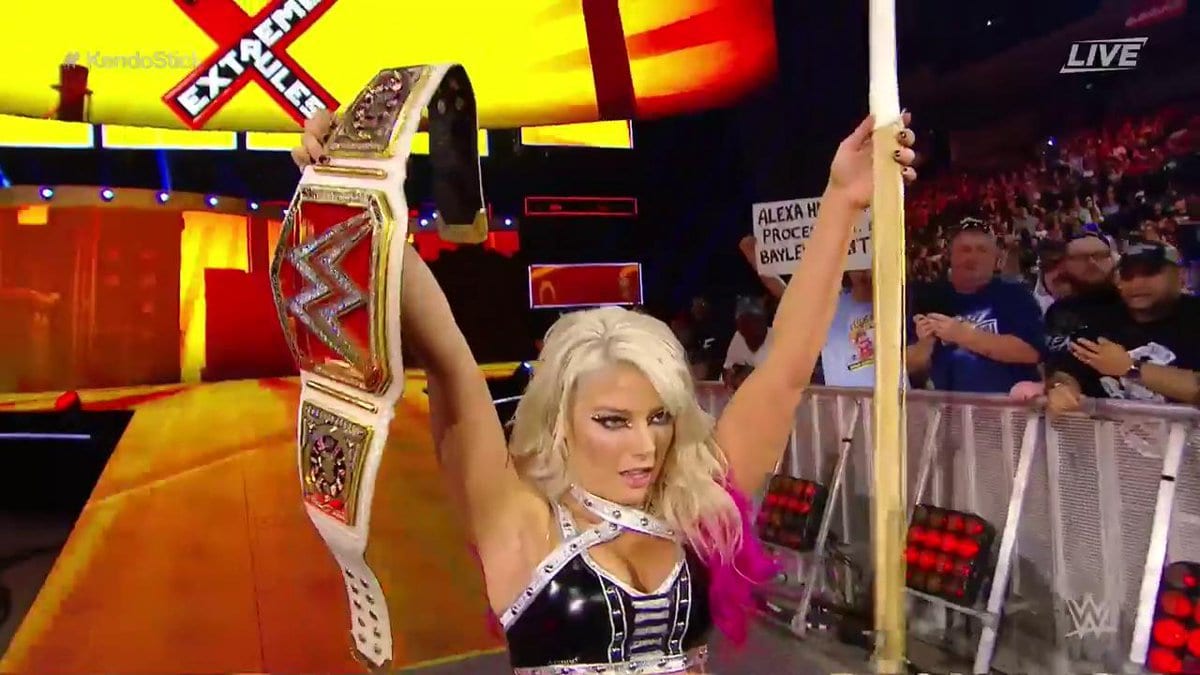