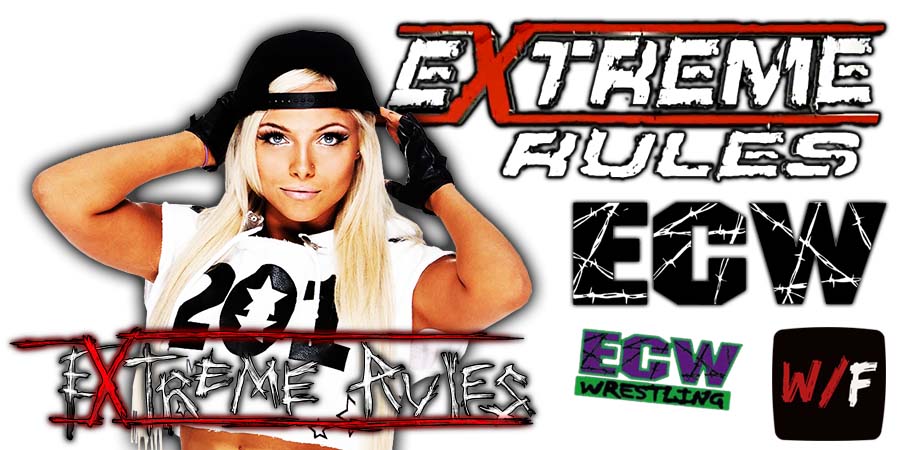 – Logan Paul kicked off tonight’s SmackDown and said he will be in Las Vegas tomorrow at the WWE press conference and called Undisputed WWE Universal Champion Roman Reigns to meet him there.

The Bloodline interrupted. Paul Heyman is back and he shook Logan’s hand and said if anyone outside WWE could be a Paul Heyman Guy, it’d be Logan Paul.

Heyman said Logan has made a mistake in trying to pick a fight with Roman. Logan said he would likely get smashed by Roman, but what if he hits one lucky shot on Roman and wins the Undisputed WWE Universal Title?

"What if I land that one lucky shot on @WWERomanReign?"@LoganPaul | #SmackDown pic.twitter.com/TB0rHMtzQf

Heyman called Solo Sikoa to the ring. Logan said he bets he can knock out Heyman before Solo gets in the ring. Sami Zayn told Solo that he got this and that he can handle Logan.

Sami told Heyman to back off and that Roman should’ve told him to handle Logan. Sami then went to talk to Logan and Logan dropped him with a punch.

The Bloodline then went to attack Logan, but Logan escaped.

Madcap Moss came out with a Steel Chair after the match to make sure The Bloodline didn’t attack Ricochet & Logan.

– Karrion Kross promised to put an endless loop of suffering on Drew McIntyre.

After the match, Damage Control attack Raquel, but Shotzi made the save.

– Liv Morgan said that has 2 wins over Ronda Rousey and wants to raise the stakes in their SmackDown Women’s Championship match and make it an Extreme Rules Match. Ronda said it’ll be Liv’s funeral and accepted the challenge for the Extreme Rules 2022 premium live event.

Skinner vs. Koko B. Ware

The Bushwhackers vs. Ray Garcia/Tom Sons

In Studio Guests: The Rockers

The Barbarian vs. Ron Cumberledge

The Warlord vs. Scott Summer

The British Bulldog vs. Chris Duffy