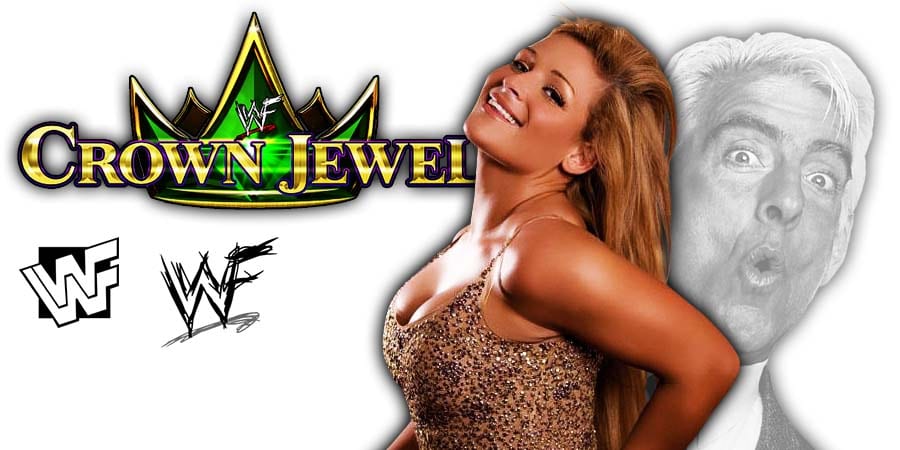 At today’s WWE Crown Jewel 2019 pay-per-view, Natalya & Ric Flair were hit with a water bottle during their entrances.

While the one to Flair barely connected, but the one thrown at Natalya hit her leg. Obviously, no damage was done, but fans on Social Media were upset by this show of disrespect.

Speaking of Crown Jewel 2019, below are the results from this PPV:

– The O.C. won the Tag Team Turmoil match to win the WWE World Cup to become the Best Tag Team In The World

– Natalya def. Lacey Evans in the 1st ever Women’s match in Saudi Arabia