On this day in 1985, Jerry Jarrett’s Continental Wrestling Association aired an episode of their weekly TV show ‘Memphis Wrestling’.

– The Jerry Lawler Show: The Nightmares

• Wedding Officiant Runs Into The Ring On Tonight’s WWE RAW, Gets Taken Down (Video)

On tonight’s episode of RAW, “The Phenomenal” AJ Styles defeated Akira Tozawa in a singles match.

After Styles left the ring, a fan came running into the ring, but got immediately taken down by security.

WWE cameras didn’t cut away from this scene right away and we got to see the fan getting taken down.

UPDATE: It was Lana & Bobby Lashley’s wedding officiant that got tackled in the ring. Apparently WWE security didn’t know his segment with Lana & Lashley was next. 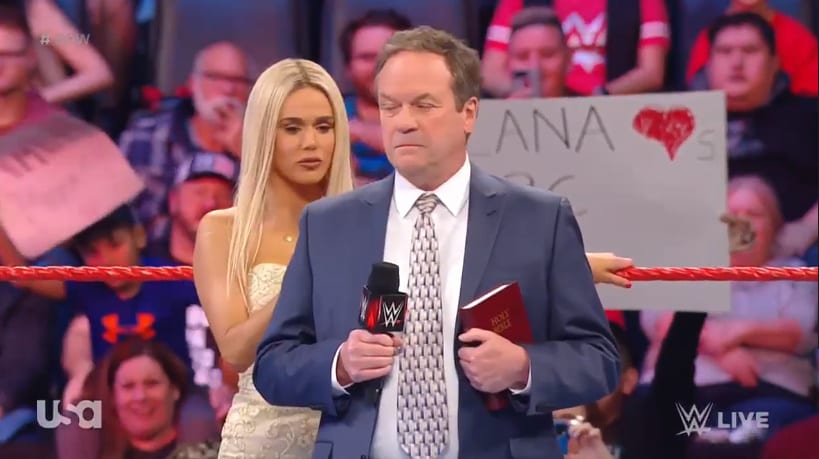