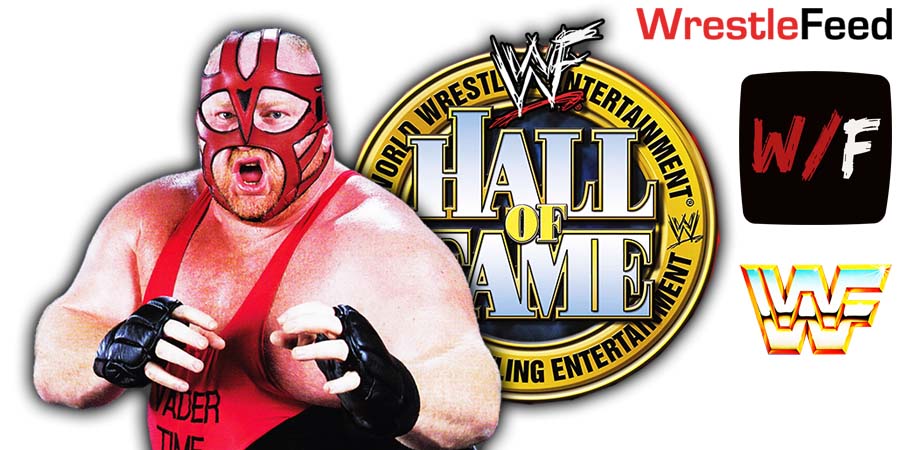 The WWE Hall Of Fame 2022 ceremony will take place this Friday night after SmackDown goes off the air.

The Bella Twins, who were inducted into the WWE Hall Of Fame last year, will be attending the ceremony.

Nikki Bella had the following to say about this year’s Hall Of Fame inductees on her YouTube channel:

“So yeah, actually we will be in Dallas because Brie and I will definitely be attending the Hall of Fame this year, which is right after SmackDown on Friday.

We actually get the opportunity to be there in person. I love that Vince McMahon is inducting him. I just can’t wait to hear the speeches, but it’s the Undertaker so I feel like it’s going to have some really cool production to it.

Sharmell, congratulations! I am so proud that you are going to be in the WWE Hall of Fame, that is so amazing. Always have loved everything that she’s done. And to think Booker is going to be the one to induct her? Wow, what a night to be a married couple.

And I’m also so excited that the WWE Universe will be welcoming Vader into the Hall of Fame. I always get excited for men of that generation to come to the Hall of Fame because they have the most incredible stories we’ve never heard.

And I always love when those men take the stage, and the women, and from that era of wrestling that was so iconic and so historic.

So I’m really excited for Vader to be inducted into the Hall of Fame and just to have his presence there and hear speeches.”

As seen above, the last line kind of gives the impression that Nikki doesn’t know that Vader passed away.

While some fans understood that Nikki might have meant “his presence” in a different way, but most fans ended up making fun of Nikki for saying this line.

This video has now been taken down from Bella’s YouTube channel.