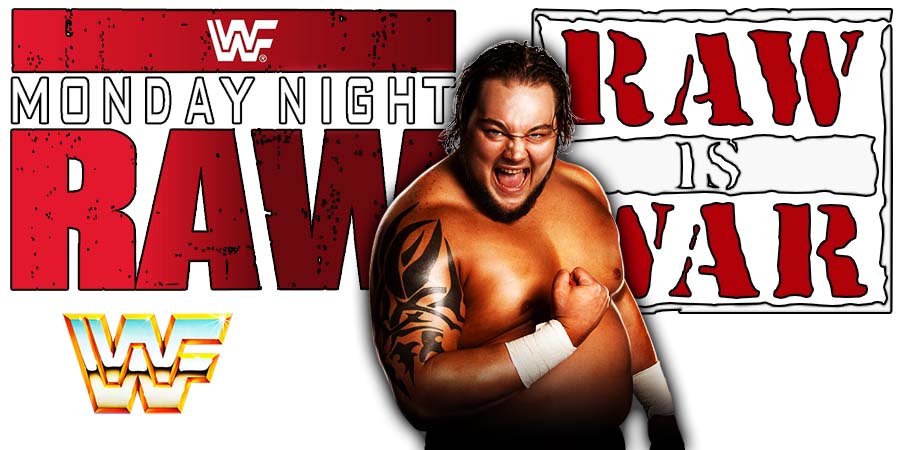 Tonight’s episode of RAW on the road to SummerSlam 2021 took place at the Allstate Arena in Chicago, which ensured that there were going to be CM Punk chants.

But with the recent shocking release of Bray Wyatt, fans chanted for him as well.

You can watch fans chanting “We Want Wyatt” during the Goldberg – Bobby Lashley segment below:

The CM Punk chants took place every now and then. You can watch it below:

It was broadcasted from the Sioux Falls Arena in Sioux Falls, South Dakota and featured matches, interviews & storyline segments on the road to the ‘WCW Road Wild 1999’ PPV.