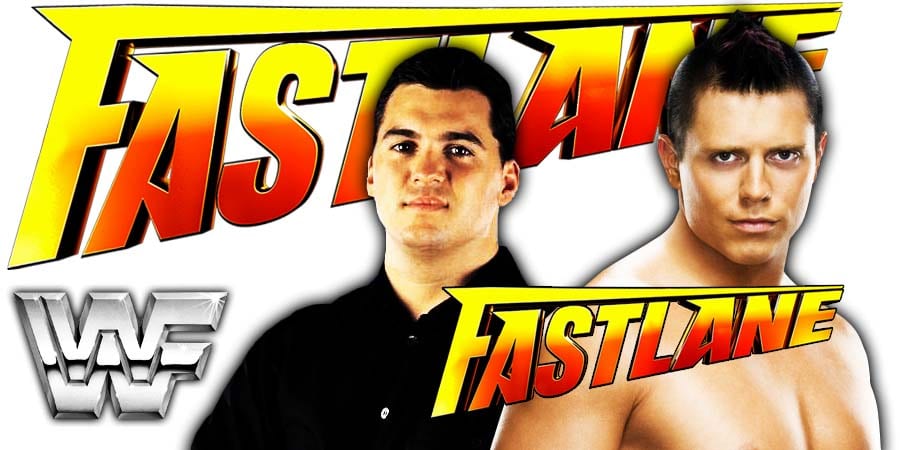 Tonight’s FastLane 2019 PPV is airing live from the Quicken Loans Arena in Cleveland, Ohio and it is the final PPV before WrestleMania 35.

– Becky Lynch vs. Charlotte Flair [Becky will get added to the RAW Women’s Title match at WrestleMania 35 if she wins]

In the Kickoff match, The New Day picked up a win over Rusev & Nakamura after Rusev got pinned.

The main show begins with the SmackDown Tag Team Championship match. The Miz gets a big pop from his hometown crowd.

Shane O’Mac begins the match for his team and paid tribute to the late Jim Neidhart before hitting the Hart Attack move.

After back & forth action, The Miz hit a Skull Crushing Finale on Uso, but the referee was distracted as he was checking on Shane. This led to the referee taking some time to go for the cover and Uso kicked out. Miz looks frustrated.

Uso went for a Splash from the top rope on to The Miz, but Shane O’Mac stopped him in between with a Coast To Coast! Fans chant “Holy Sh*t” for this sequence!

Fans are chanting “Let’s go Miz” and this leads to Miz going for a Frog Splash, but Uso gets his knees up and pins Miz.

Miz helps Shane out of the ring after the match and is apologizing for getting pinned. Miz raises Shane’s hand and Shane does the same for Miz.

Miz meets his father at ringside. Shane then attacks Miz from behind!!! Shane tears Miz’s shirt and beats him up in front of his dad.

Shane grabs Miz’s dad from the jaw and pushes him back!

Shane gets booed out by the fans and Miz gets helped to back by the referees.