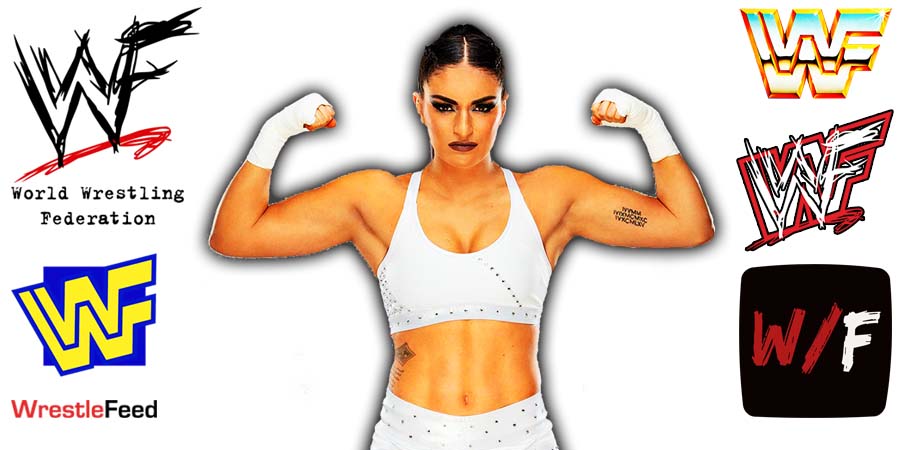 During a recent interview with PopCulture, WWE Superstar Sonya Deville revealed that she wants to work in Hollywood one day, just like WWE Legends The Rock, John Cena and Batista are doing right now.

“I took my first acting class when I was like 13 years old in south Jersey. I’ve always had a passion for theatre, and drama, and acting. It sounds weird and corny, but it’s almost therapeutic for me to get into a role and just immerse myself in it and just be somebody else.

And I love doing that with what I do right now, but I would love to further that one day. And I think that a path like Dwayne Johnson and John Cena is admirable to almost anybody in the company.

And I’d love to be one of the females to make that transition so hugely as well.”

Deville is currently portraying a WWE Official on TV and is involved in a feud with Naomi.

On this day in Pro Wrestling history on December 16, 2007, World Wrestling Entertainment aired ‘WWE Armageddon 2007’ LIVE on PPV from the Mellon Arena in Pittsburgh, Pennsylvania.

This was the 8th edition of the annual WWF/WWE Armageddon pay-per-view that ran from 1999 until 2008, but didn’t have one in 2001 due to the name sounding inappropriate so close after 9/11.