“After a controversial ending to last week’s match between Big E and The Miz, The New Day will square off with The A-Lister and The Bar on SmackDown LIVE.

Big E had The Awesome One on the ropes last Tuesday until Sheamus and Cesaro made their presence felt, brawling with Kofi Kingston and Xavier Woods, and the distraction allowed The Miz to steal the victory.

Will The New Day get payback, or will The Miz and The Bar once again have the upper hand?”

• Footage Of Unknown Person Being Stretched Out During RAW Segment

An unknown person (at this moment) was stretched out during a backstage RAW segment between Kurt Angle and Kevin Owens. You can check it out below: 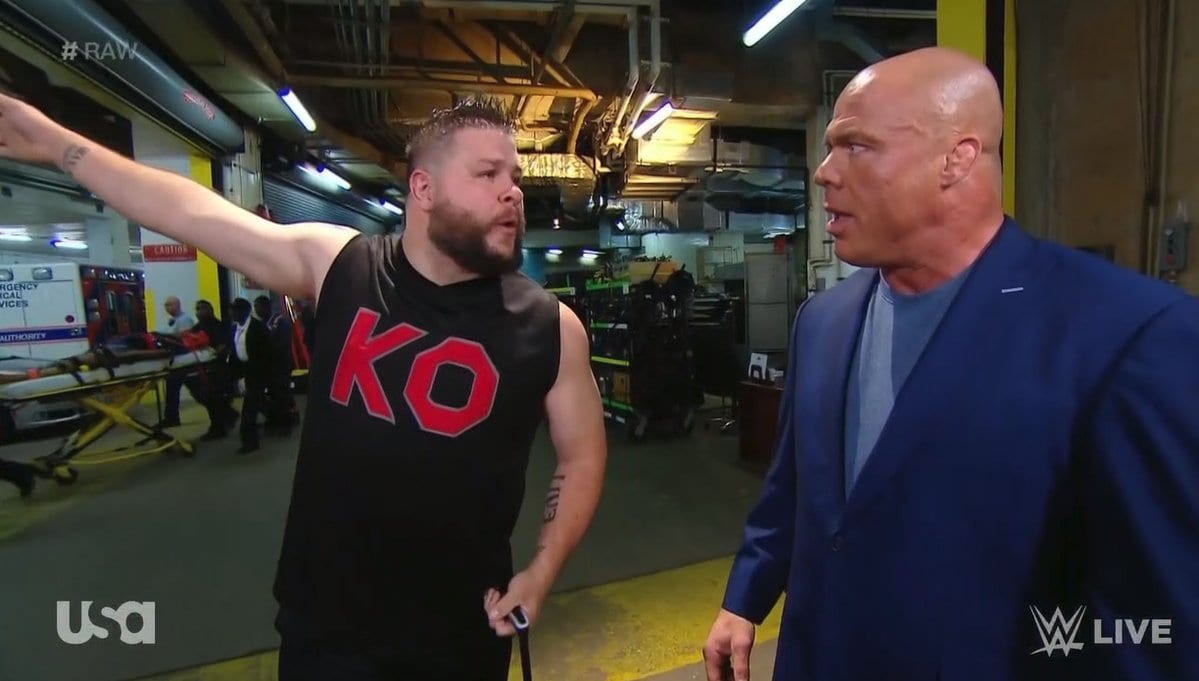 As seen on this week’s episode of RAW, “The Modern Day Maharaja” Jinder Mahal failed to capture the Intercontinental Championship when Seth Rollins attacked him with a Steel Chair during their match to cause the DQ (Rollins lost the match but retained the Title).

Mahal took to Twitter and talked about how he was robbed on RAW and demands justice. Below is what the former WWE Champion tweeted:

The moment @WWEUniverse was robbed of, Maharaja with his arm raised. @WWERollins getting himself DQ’d knowing The #ICTitle wouldn’t change hands. Demanding #JusticeForJinder. #UncrownedICChamp pic.twitter.com/UYmvwX82Bi