On this week’s episode of NXT, it was announced that Eric Young will face Roderick Strong at this Saturday’s NXT TakeOver: Chicago.

For the first time ever, 4 Titles will be defended at an NXT TakeOver special as the WWE United Kingdom Championship will be on the line as well. The main event will be for the NXT Championship where Bobby Roode defends against Hideo Itami. 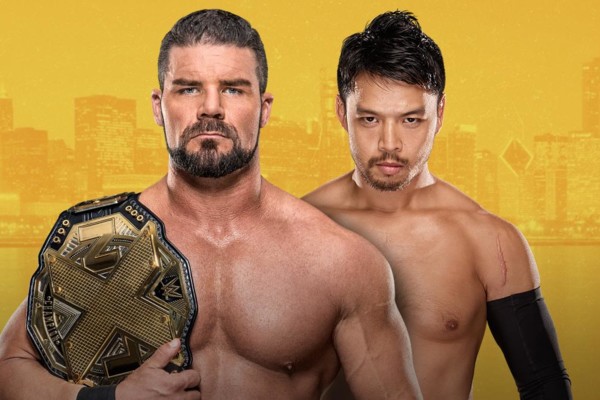 It should be noted that Ember Moon won’t be a part of the NXT Women’s Title match as originally advertised, as she’s out with an injury.

Speaking of NXT TakeOver: Chicago, it looks like the NXT Tag Team Championship match is now in jeopardy as former NXT Tag Team Champion Tommaso Ciampa (member of the #DIY) got injured at last night’s NXT Live Event in Highland, Heights, KY. The injury occurred when Ciampa jumped off the ring apron to land on SAnitY and ended up injuring his left leg in the process.

Below is the final match card for NXT TakeOver: Chicago: