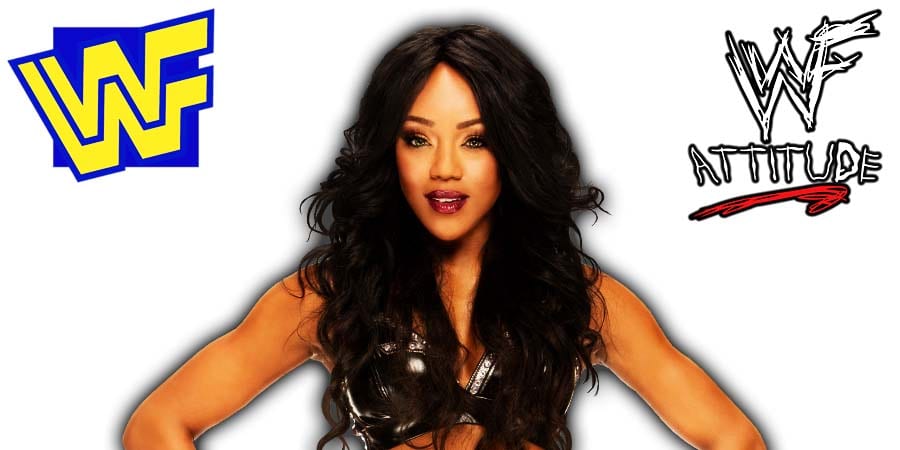 Former WWE Divas Champion Alicia Fox revealed on Instagram that she has been sober for 6 months now.

Last year, Alicia showed up drunk at a WWE Live Event and wrestled while being intoxicated.

This resulted in backstage producer Arn Anderson losing his job in WWE.

According to Squared Circle Sirens, Alicia was also involved in an incident with a fan during SummerSlam 2019 weekend. She was drunk and there was an altercation, which resulted in her being sent home:

“Alicia Fox was a drunk mess over the week. Very sad. Hope she gets the help she needs.

She was sent home after an ‘incident’.

Something happened with a fan. Either a fight or just them yelling at one another and someone had to intervene in the situation.”

y’all girl Alicia was LEANING, staff holding onto sis by the elbow slxlzkzklxooxoxoxlxl

It was actually sad but I couldn’t believe it

she was hanging with the wrestlers while I was waiting for my friends to come to the hotel then when she got up, fans were getting ready to swarm her but stopped because it was obvious she was drunk/WWE staff was trying to contain her https://t.co/Iat3mTqAA8